The Bank of New york ADR index - yes the one that was in wave 2 and to indicate that wave 3 down for world equities started. When it confirms I would expect all world equities to come under pressure. The first two signs are in, it closed the last week down after 3 waves up on weekly charts and yesterday closed down below the rising trendline. The last thing I would like is a move below 143.87 the high of wave i shown below. Because on the daily chart it appears that wave v of c is missing. So one more move up to 148-149 might be due before a complete reversal. A break below 143.87 would rule out this wave count in favor of a complex correction in wave 2. 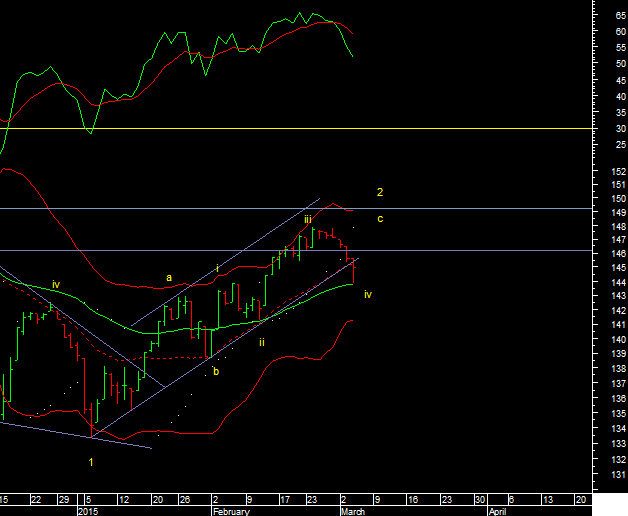