As world markets continue to decline EWI just reported the 10 day average of the daily sentiment index at the lowest since March 2009. So sentiment is that extreme. No one can catch a bottom but you know when everyone thinks it is the end of the world. Last year I used the ADR index to get a better wave count than the Dow for the decline. In Sept I thought that a V wave fall from the May high was done but as prices have extended I think we are now in wave V of the decline and this is wave 3 down going on. We have also reached the 2011 lows on this index. So I will be waiting for wave 4 up to get a better risk reward for the next leg down. 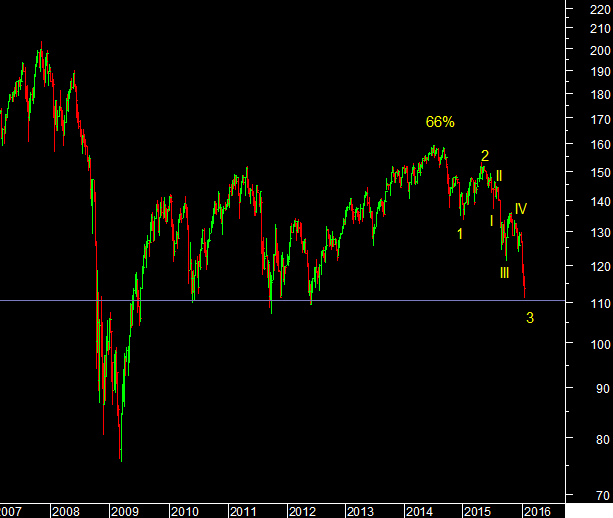