The trouble in Spain appears to be overlooked. In fact as EU stocks moved higher, Spain Greece and Italy are seeing declines. Spain was in the news for the separation of Catalonia into a separate state. The referendum over the weekend set the stage. The final announcement is expected over the coming weekend. This is pushing some states in Italy to ask for the same. The divide inside Europe reflects the declining social mood that is not being captures by the DAX.

The chart of the Spanish stocks market long term shows wave B complete and wave C down due for new lows in the years ahead. Is this a lead indicator for Europe and its Financial markets? It could be ! No one in the major financial news is talking about it. 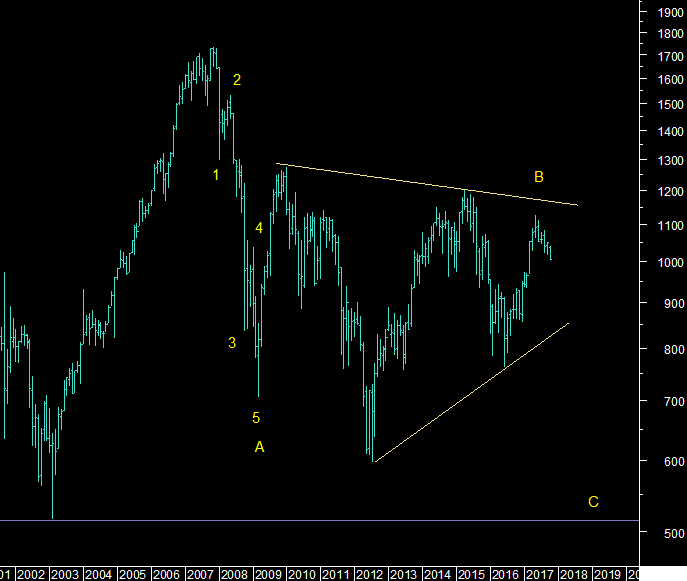