Australia seems ready to move higher again. The Australian Index is currently in Wave III and it is getting further subdivided. Within Wave III, the Australian index is wave v. As the Wave v unfolds, the index can rise higher towards 8018 where wave iii will be equal wave v. Now in this case, why wave iii is taken instead of a wave i is because wave iii is smaller than wave i. So if the Australian index surpasses 8018, then rather than labeling it as wave v of III, further extension within wave iii of III will be considered as shown in the chart. On the way down, the 40DEMA, currently pegged at 7507 will act as a crucial support level. 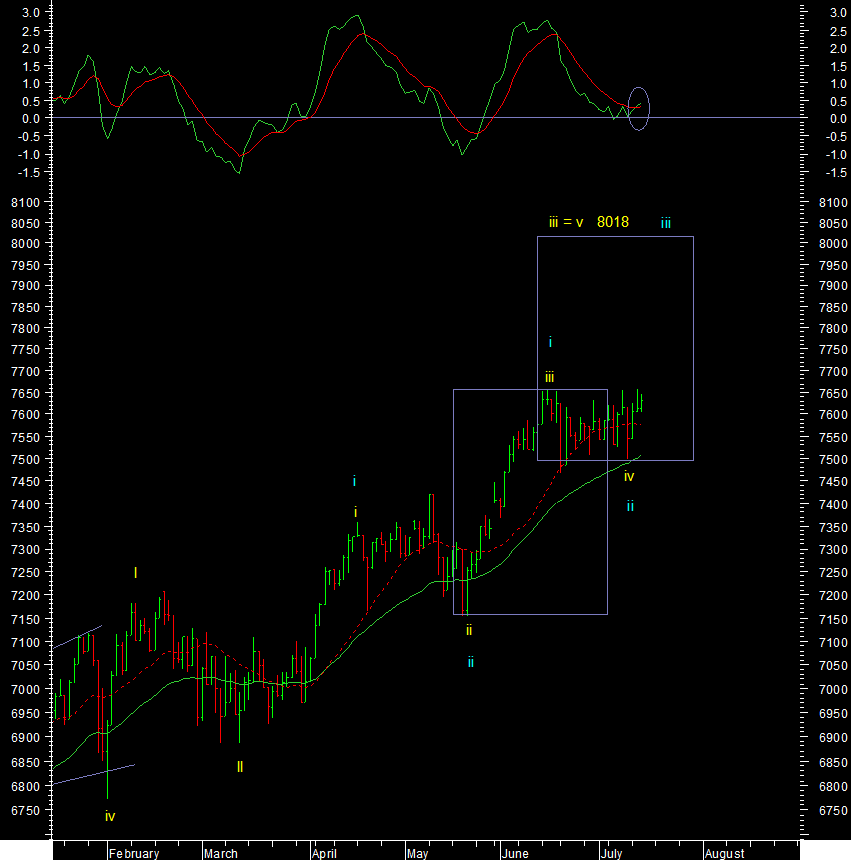