A relatively less discussed market but I wrote about it in May/June sighting a wedge breaking down [blue lines] and prices fell till the end of the year. But last 2 months they have bounced back sharply. The fall was not 5 waves so its still part of a corrective pattern which I believe could be a triangle. If this is a bearish triangle, as it appears to be, then the implications are that after wave E the next leg down would be the most severe bear market in Austria since 2007. Is Austria important? I don't know most of the news today revolves around Greece. However most letters about the great depression of the 1930s do refer to Austria as the starting point of the banking sector meltdown when an Austrian bank failed. 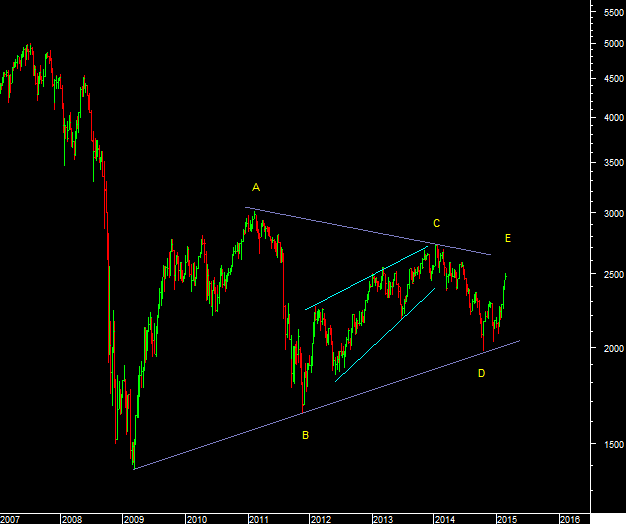