It was several months ago that I wrote a small piece where in I mentioned that as a macro investor it makes sense to buy BR and C of the BRIC and sell I. Now so far over the months C has taken off. R was rising and I was marking it as wave C4, but as shown below Russia has gone far enough up for wave C to have completed and a larger rally unfolding to higher levels of retracement of the entire 3 year decline in Russia. Brazil too has been going up slowly with support near the 40 quarter MA as in the second chart below.

If you read the general media and analyst views you will get the picture that such a move is not supported by fundamentals. But the rise is a counter trend move within a larger decline and of a larger degree. Note Brazil too topped in 2010 and has been generally declining. So many of these markets reached 'Cheap' and thus they buying is being driven by the oversold state of these markets. India on the other hand is closer to an all time high and the exact opposite of all of these. 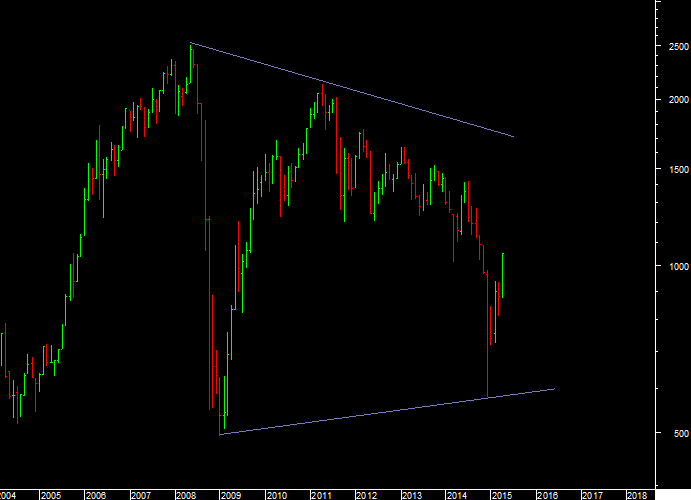 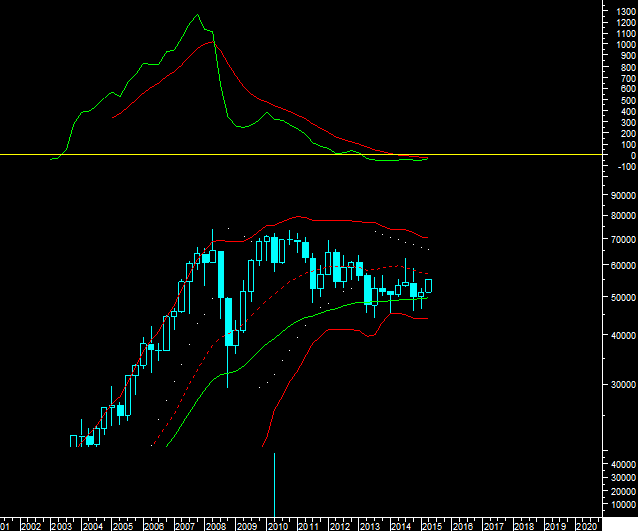