Brazil and India are the two important markets that have some how been out performing the global equity markets. India has not made a new high, and maybe it won't so the real winner is Brazil that has managed to get back to an all time high even as the world is reeling under pressure. The question then is whether Brazil is inside a new bull market? Long term you can argue that given that it is an impulsive rise. But after a 5 wave advance every market needs to correct. And Brazil is at the end of a 5 wave advance as shown below, using momentum cycles and the blue trendlines as a guide this wave count means that we are in wave V of 5 and the line of the last two highs is at 94977 as the upside potential. On the other hand a break of the blue line 85320 would confirm the end of a 5 wave rise that started in 2016 for the Bovespa index. Now let me remind you that after the South East Asian crisis in 1997 many markets staged 5 wave rallies like in Thailand, Seoul, KLSE. and during the Y2K tech bubble bear market they fell only in a retracement of the 5 wave rise, but not to new lows. But a bear market in the US does not occur with other markets going up at the same time. So Brazil will start its own bear market even if it is only a retracement of this 3 year bull run. 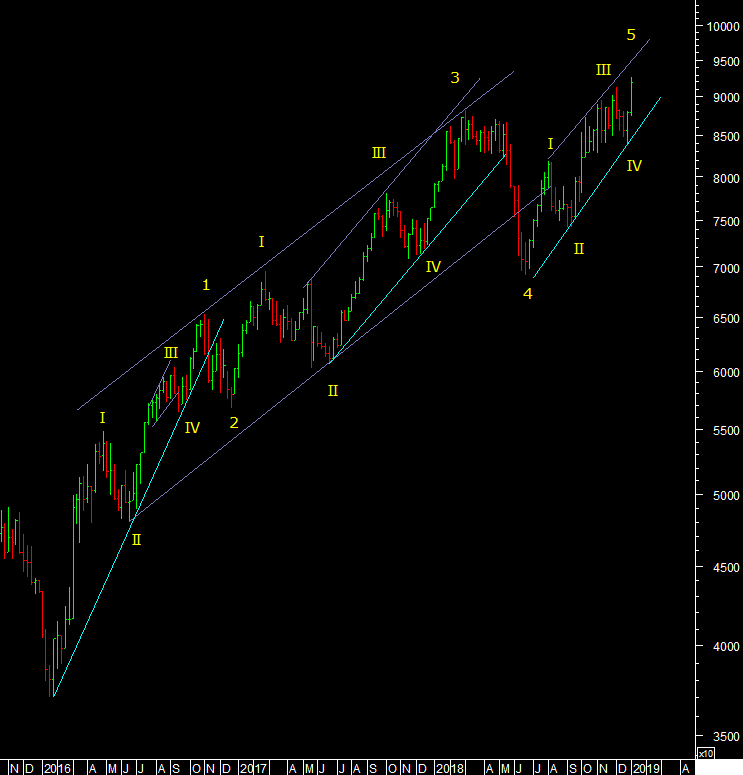