Its not just about Australia but all the world markets sold off yesterday especially those related to the commodity markets and many of them appear to be starting wave 3/C down. Not a pretty picture. Even as the CRB index starts a counter trend move up these markets look like they have been pushed over far enough.

Australia appears to have started wave C down at larger degree to 4987. The commodities sell off has not helped and probably triggered the start of wave iii of C if C is extended to 1.618 times prices can go down to 4700. 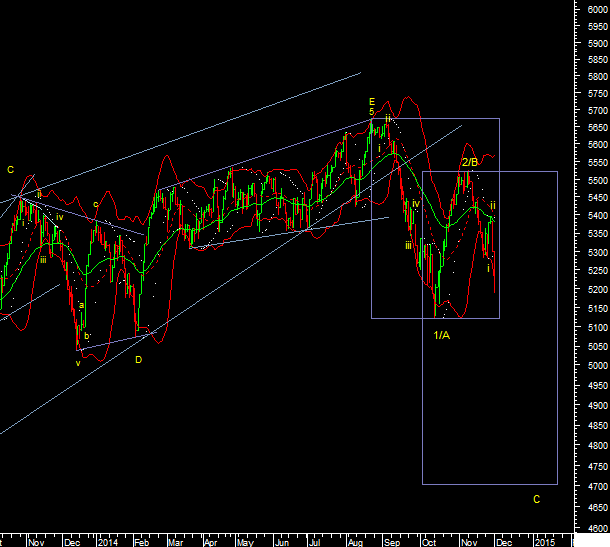 Brazil - After going up in 3 waves its testing the lower channel line and on breaking that would start a major downward sell off. 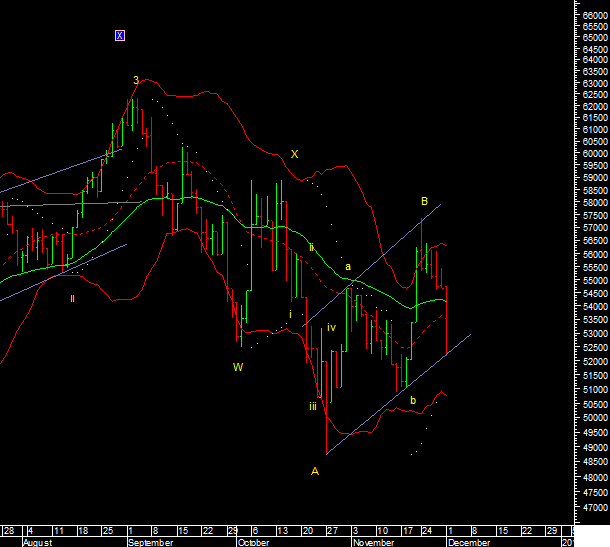 And Mexico after a 61.8% retracement. Go going gone. 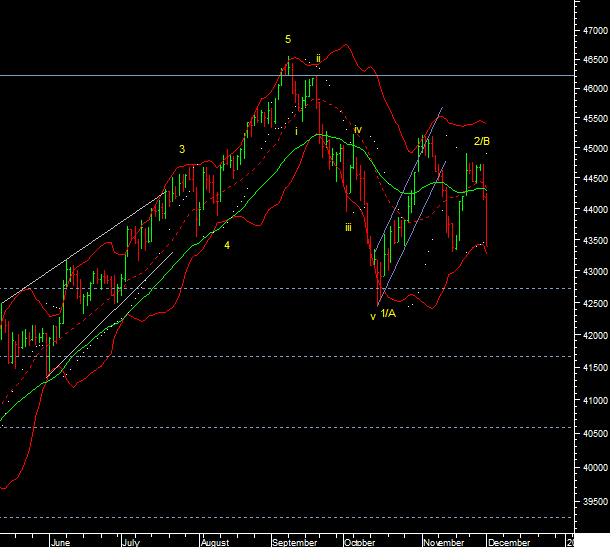 RUSSIA I have covered before and todays fall further confirms wave 5 down started. Wave 5 of 3 of C yes wave C down is extending and the 3rd wave itself has a target of below 800 because 3 o C is likely to extend given the steep bounce in 2 of 3 and that wave 4 cannot overlap wave 1. Sorry for the technicality. But this chart is the scariest because its in an extended bear market which usually comes with all the social economic risks. A slow moving train wreck = Russia. 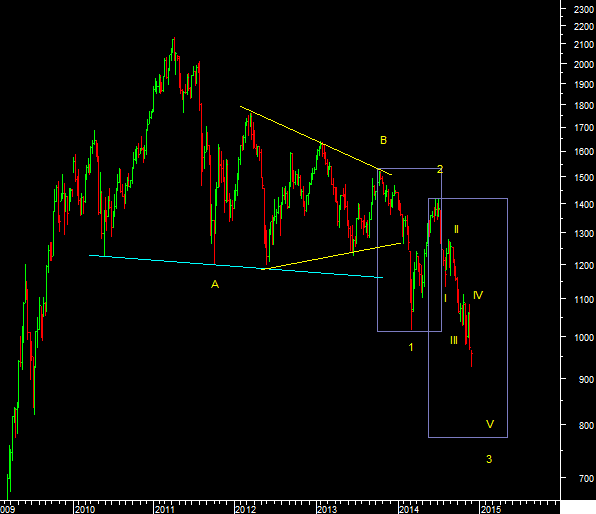 And why forget Canada. 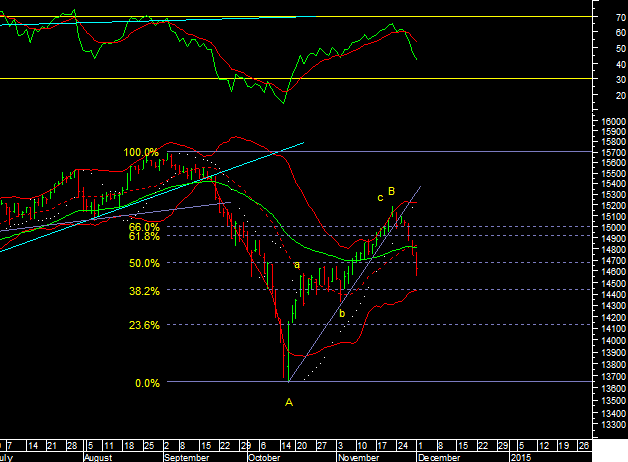