Is the China bull back? It would appear so on this chart. At the start of the year I highlighted that 78.6% is retraced. I have been open for a while to the idea that one more new low would occur after a 3 wave advance but clearly that is not happening. So the best alternative here is to think that the recent higher top bottom formation is a series of impulses indicating a much higher China stock market in the months ahead. Now remember China and the Shanghai index are a song of their own. They never bear a correlation with world markets except when the Media tries to make you believe it to be true. 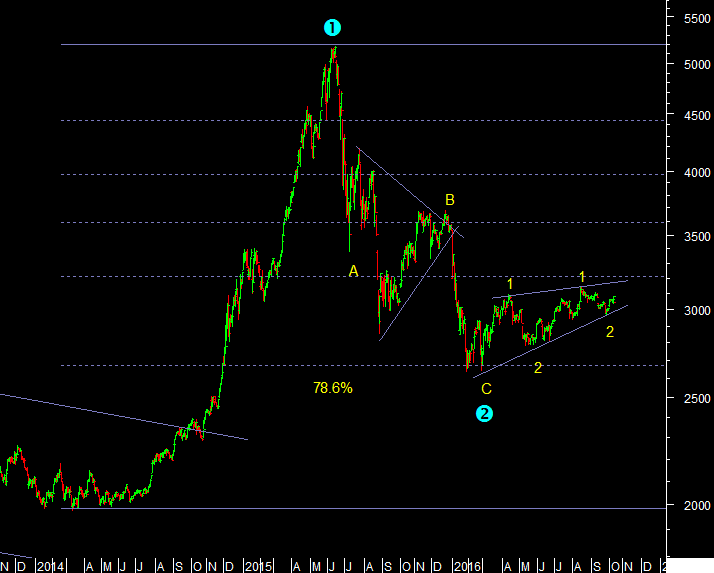 This goes way back. It was in a bear market in 2004 when all other markets were rising and then rose later. It was in a bear market 2007-2014 and was at far lower levels than the rest of the world markets. So its soft Landing was done in 2014 itself. It rallied impulsively in 2014-2015 like any bull market does. So at 78.6% you have to consider bullish options. With the CNY devaluations being favourable there maybe other triggers here as well. Yes I would rather buy China than India here. 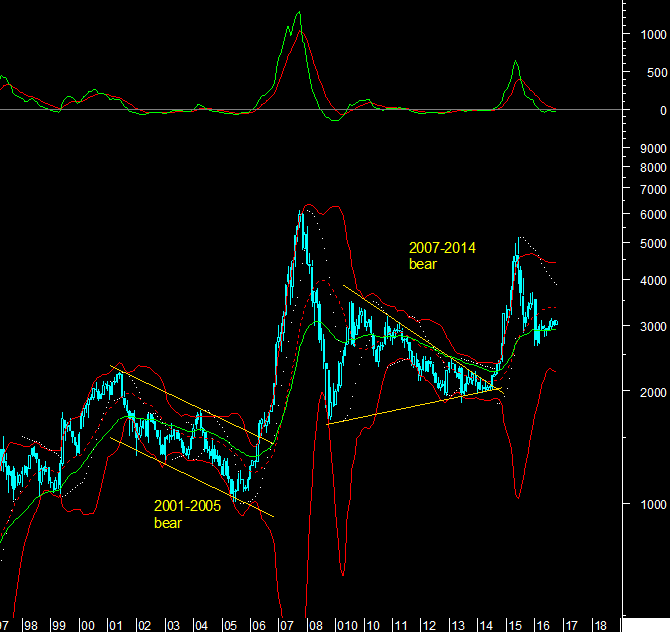