China - The Shanghai Composite just completed a 78.6% retracement of the previous rally. So while everyone is writing off China. The large impulse and correction in a 3 waves down is actually reason to believe that the bull market will just resume. After all China has had a 7 year bear market from 2007-2014. Unlike other EMs they were going down hill when everyone was going up hill. So it is only natural that the News about China was worse at the recent higher bottom than it was at the low in 2014. That is one of the principles about EW psychology. News is often as bad or worse at the wave 2 higher bottom. That is what brings prices down. But if worse news does not result in a new market low it means that the bull market is just getting warmed up. So it came to me as no surprise that when I ran a twitter poll last month 66% of the votes were Short Shanghai and Long Nifty, exactly the opposite of what the Long term wave count suggests. Let me put it another way, since there is enough said about how Chinese data is not reliable, why go by what analysts think about China as they probably cannot know the truth about China anyway. But the chart does not lie. Of course you should wait for more confirmation that a rally started in China if you are trading there but this is a very interesting chart. And wave 3 will be slow and steady absorbing all the selling along the way so it wont be the same fireworks we saw in wave 1. Probably no one will write about China any more for a while. 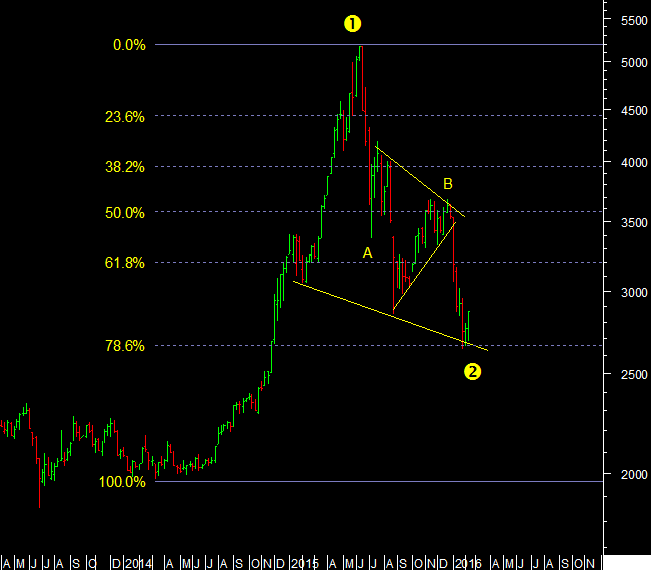