DAX - 8635 - the german index has been slowly edging higher. In May it looked like several markets were topping out and even as the US later made new highs some markets like FTSE [Britain] did not make a new high in Sept. But the Dax did. The structure from Nov 2011 to May 2013 was of w-x-y where w=y, note here w and y are the two A-B-C up moves shown on the chart below. The boxes show the size to be equal.  However after the correction in June one more smaller A-B-C has been added at the top which is complete as C=A and thus a triple zig-zag from the 2011 low is complete for wave Y of larger degree. Here wave Y is also 66% of W. Some very good ratios to consider. The next move down could there for be the start of a larger downtrend. I dont think it should be a X wave but a bear market trend reversal, however in either case the rising trendline at 6725 should be open to test. We still need some short term confirmations in momentum and the trendline for the entire Y wave is at  8200. 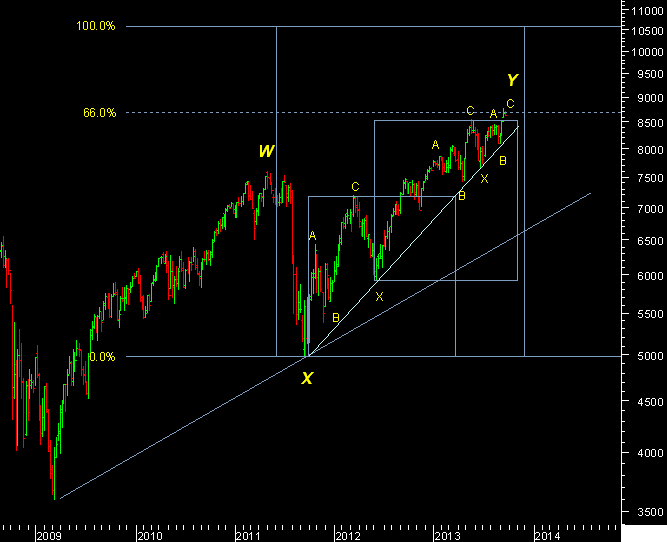