The Euro Stoxx index has broken down from what looks like a ending triangle pattern over the last two months. Many indices in Europe show this triangular pattern. What varies is the length of wave C. This ending pattern forms in wave C however some indices like the FTSE have a big wave C, DAX where C=A, and others like Italy Spain etc where C is shorter than A, as is also the case in the Euro Stoxx 50. The ending pattern should mean that wave C is over and the next major move down has now started. 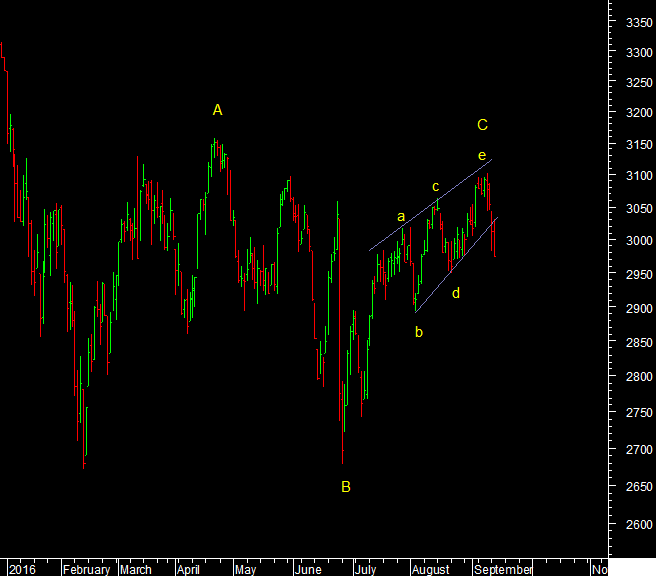