DJ Euro stocks - as US markets scale new highs, it appeared that Europe would not as five wave declines showed up and so should only sport retracements, but this was not the case accross the board. FTSE appeared 5 down but the DAX did not. So the next alternate is that the 5 waves down was not wave 1 but wave (c) of a corrective and the final move up as shown below is still forming. Like I showed on the Dow transports in Europe too the indices might be forming expanding triangles in wave C up and wave E is still forming. The sell off seen in June was part of wave D of the triangle. The target for the DJ Euro stoxx 50 is near 2930 [current 2808]. 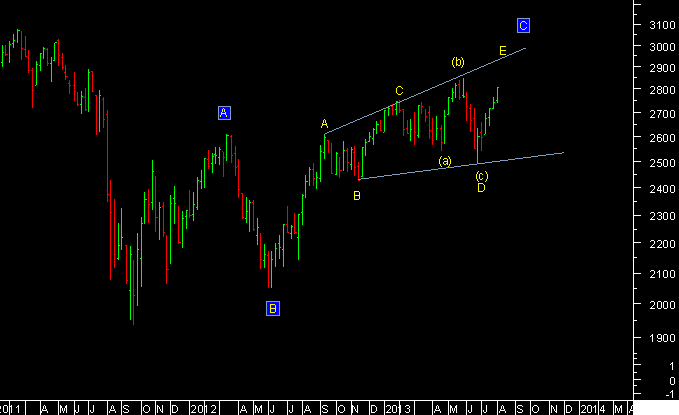