Is the ending pattern in the Dow discarded? Almost but not yet. Yesterdays move allows for other indices that were lagging behind to catch up to the upper trendline of the wedge like formation. In case of the Dow however prices are now above the upper line and we can call that a throwover or false breakout, untill wave E of the wedge is larger than wave C. In a wedge each subsequent leg is smaller than the previous one. So the Dow at todays high is almost equal to wave C. A few more points higher and we would violate this pattern. So give it a day. RSI at 82 is now the highest reading since 1996 when it was 87. That is 20 years ago in a bull market. But it did see a correction. 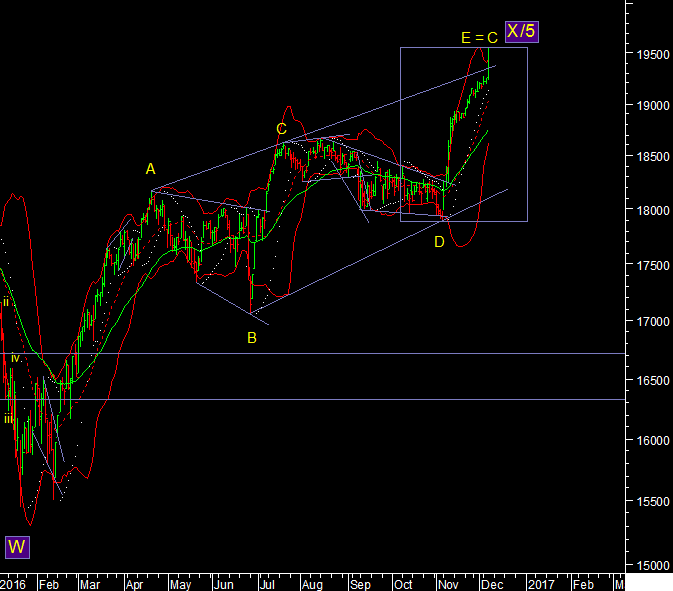