The Dow started its drop in wave E down of a triangle. Now this is a sea change from thinking about the first fall in Feb as 5 waves down. If that were true then we should break the neckline at 23362 and crash even further. Right now what is clear is that we are going to test that lower line near 23362 at least. If it holds then this pattern will be a triangle. In the S&P and Nasdaq and Russell the pattern is more symmetrical and as you would expect in wave 4. On the Dow it appears like a descending triangle and we can easily get into the debate of descending =bearish pattern. However sentiment has been at extremes at the lower end and now with the bond market in late stages of a 5th wave for this fall I wonder if the level breaks in the first attempt. The Daily Sentiment index was down to single digits at the two lows marked A and C and is now at 20% yesterday. If by the time we get to 2570 on the S&P we are again in single digits then most likely the bottom line will hold. 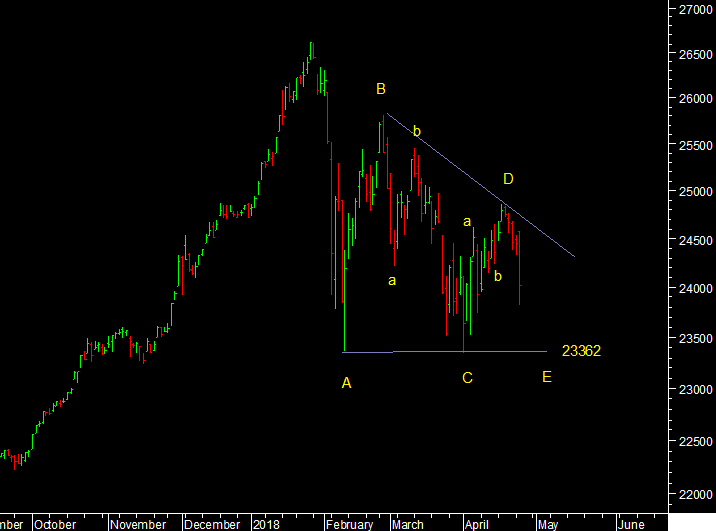