Dow broke below the low marked as d of the blue wedge in. This confirms that the entire rise was corrective and we are already in wave C down for the Dow. Wave C would be a 5 wave decline that goes below the point marked A, and could also be extended and in that case as shown the Fibonacci projection for an extended wave C down is to 20800. The RSI is far from oversold. We are in wave iii of C down already and should unfold quickly in the coming days. 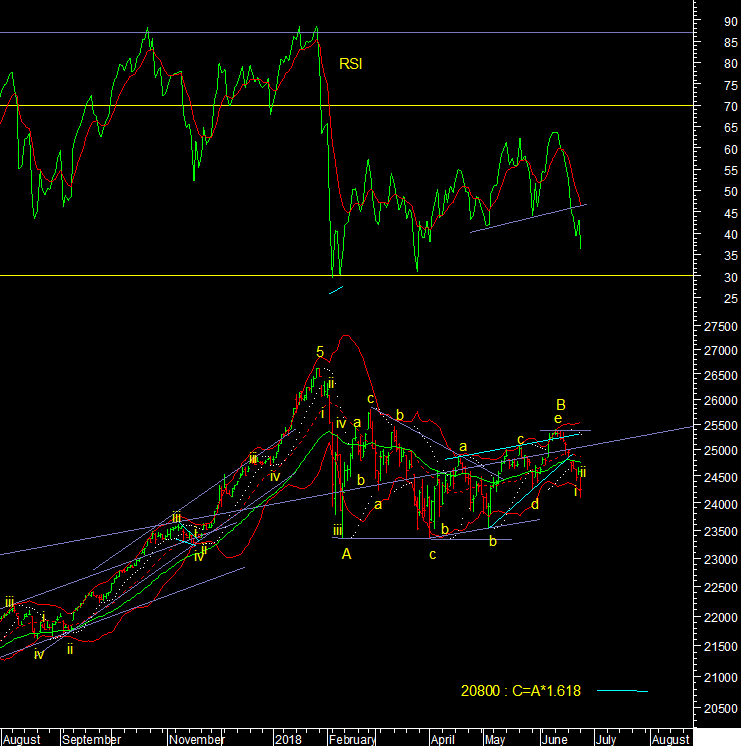 The following chart from Elliott Wave International's Short term Update, overnight, adds weight to the view that a third wave down is starting. The commitment of traders report shows that the E-mini futures now is more long than it was at the Jan top. So more bullish sentiment at a lower top in wave 2 is consistent with the psychology of wave 2. The unwinding of this bullish position is what causes big wave 3 declines.