Dow and the RSI

What does the big decline after the highest RSI reading in recent times mean? In my last post I discussed that the high reading on daily charts is rare because it coincides with a 85+reading on weekly monthly and quarterly charts all at the same time. So in that sense there are very few instances [4 in 100 years] and one of them is 1987. However as you may have read in recent articles elsewhere, or maybe not, markets never top out on a very high RSI reading. It is very rare to almost never. A very high reading is almost always followed by at least one more new high and a negative divergence on one time degree before it is done especially for an index. So was the case in 1987. It took a week more and one more new high before the 1987 August top. But there are no rules here and only observations. With so many historical observation failing in recent times who knows this time the parabolic rise of the US indices will end abruptly in a spike high as it has never done so before. That said we can develop an ending diagonal if at all to get that divergence. The hourly charts have a 5 wave decline for the Dow in the last two days. So the next few days if we do not get a new high in the Dow to negate that, but get a lower top instead, the trend may have turned down. 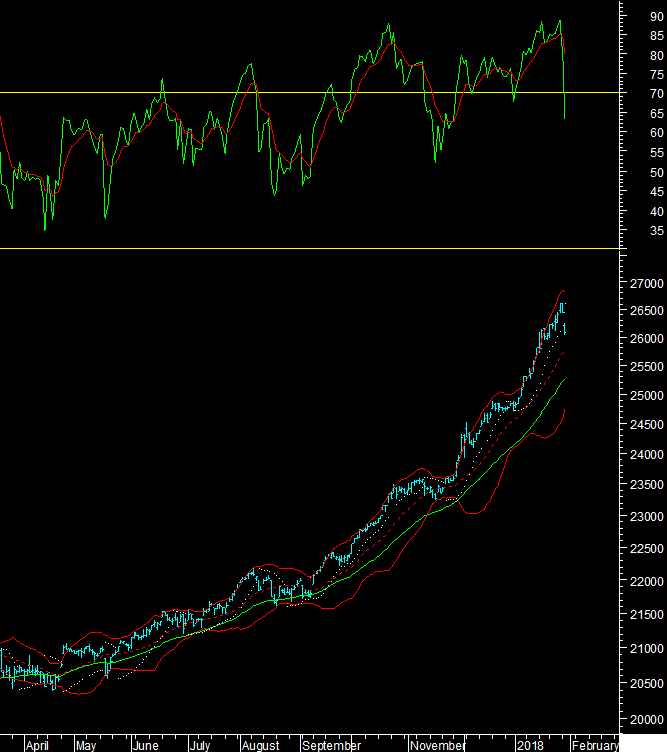