Can this really be true? We have a 5 wave move up that ended wave 1 and 2 at a larger degree and we are starting wave 3. That is what the weekly chart of the DJI is indicating. This against all odds and logic of valuations or a weak economy. the market will eventually find a reason to justify it that goes beyond just the liquidity argument but that may take months to come. Maybe the subsequent moves will get slower as we subdivide wave 3 into another 5 waves and give the economy time to catch up with where the market is. Waiting for the endless stimulus efforts to make sense. But the trend here appears like it is still up, holding the 20-week average. the only alternate argument is that this bounce is part of wave 2 down and we will see a decline again in the weeks ahead for the DJI, maybe after the elections. I will keep an eye on the structure of the waves in the short term for clues on such a failure. 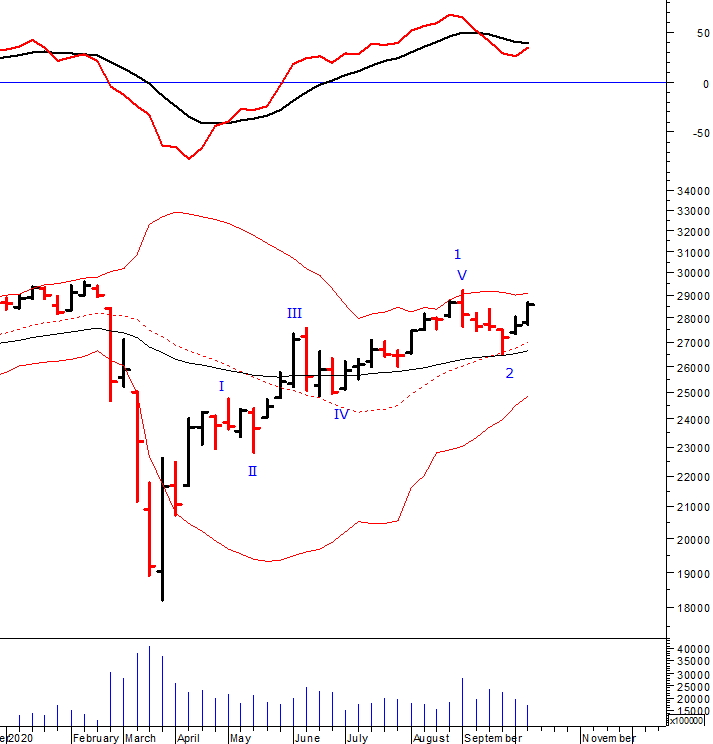