Dow [15133] - shows the first 5 wave decline from the highs clearly. This sets the trend clearly for more downside after a minor wave II bounce back. The top followed the 'No taper' announcement and the wave II high might be marked by agreement to end the 'shutdown' announcement. Wave III down however will be about the debt ceiling and there are no takers there, costs have to go down its just a question of where. 61.8% is 15474 which is the short term potential upside in wave II before wave III down starts. 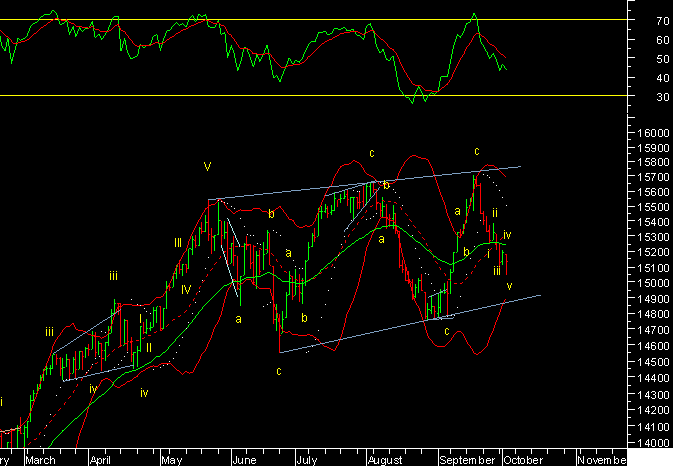