Short term bounces in the US markets need to be ignored as they maybe hard to predict but the big picture is important. The US market has completed a 5 wave rally from the Feb low. However that should be bullish right? I think for once this has EWI confused and they have changed their long term wave counts at this juncture a few times. But the best wave count from an Analyst I came across that explains the Dow is that after the sell off last Sept. The Dow completed a 5 wave decline in wave A and everything afterwards is a flat. It makes sense because the Dow is in a rising channel since Aug. The Jan decline did not break the Aug low and the March-April rally has gone past the Nov high. That a 5 wave rise is complete means that wave (c) of a flat is complete and wave B is over. Wave C the next major wave down to below the Aug low of 15370 should lie right ahead. The reason to consider that the Dow has topped out for good is also that we have a clear ending diagonal at the top in 2015 after which the Dow closed the calendar year 2015 in negative for the first time since 2009. 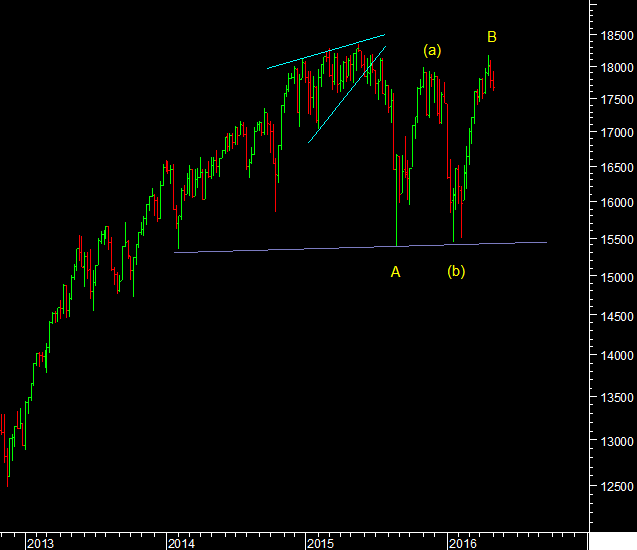