For the third year counting the Dow has spent an entire year forming what looks like an ending triangle. Now an ending triangle becomes a running triangle when its wave d swing low is not broken, that indicates one more rally but a final one. So when the 2013 triangle did not break the previous swing low it was a 4th wave running triangle. The entire year 2014 was spent forming an ending pattern that eventually broke the swing low but that did not last. So in hindsight it was best ending a 3rd wave again at higher degree. Now the move up in 2015 should have been the last and final 5th wave for the move up since 2011. And it is an ending diagonal as well. The swing lows have broken so far. But the sell off has not been anything dramatic. In fact in the near term....[next chart] 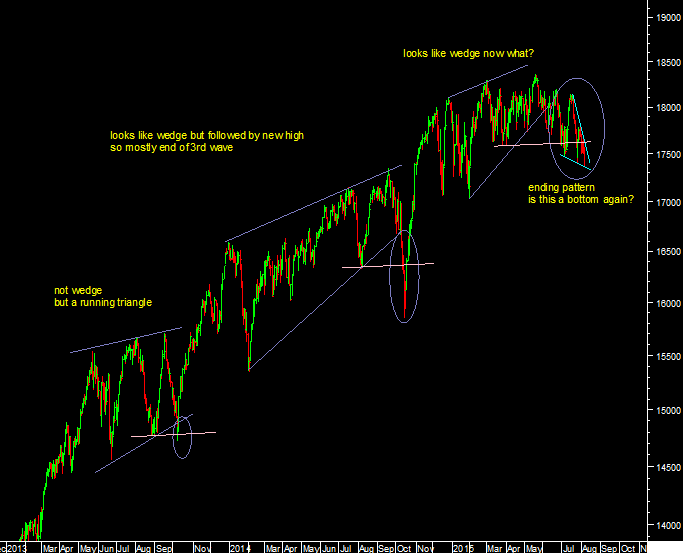 The chart looks like a ending pattern on the way down. Not yet confirmed but if we don't see follow up selling in the next two days it will indicate a bottom again. On the other hand if the lower line support is broken it might be a final confirmation that this time the sell off is for real. Note that the ending pattern in the Dow has truncation. Meaning that wave E did not kiss the upper line which is itself a sign of weakness. Next few days are critical for the US market trend. 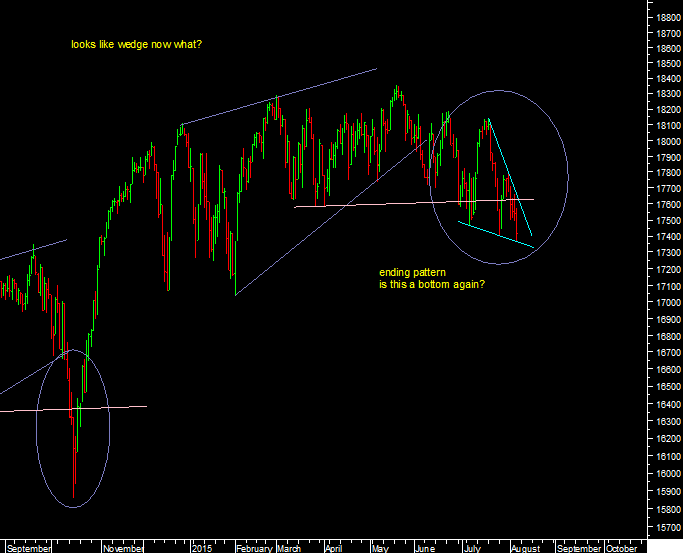