It looks like we finally have a break The Dow and S&P have broken the lower line of the wedge. Those hoping for a failure will still want the March low of 17579 to break to confirm. But so far the leading indices the Utilities and Transports are at new lows already. The weely momentum crossed to a sell again in most indices last week. So all the reasons for a reversal exist. 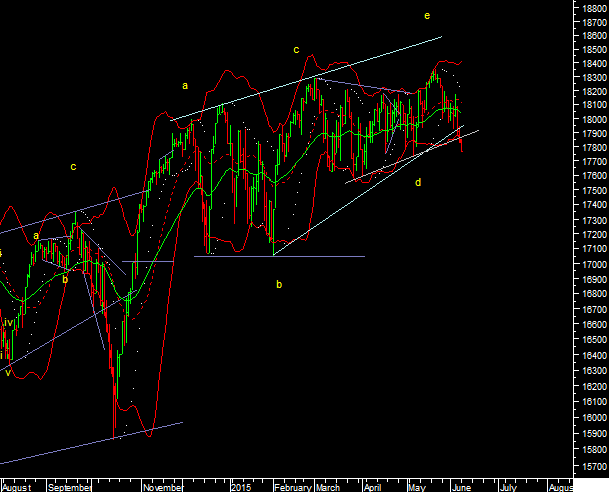 The trend is also spreading accross the world as the European indices broke trendlines and swing lows over the last few days. The Bank of New York ADR index is now sitting on a trend channel for the entire rise that has retraced 78.6%. A break of this would also be a sign of immense weakness. Note various world indices that I discussed last week fell. And this index made a lower top in April v/s the US market causing a major long term Inter market divergence. Such divergences occur at major turning points and therefore it is a very bearish sign. This index itself would have started a 3rd wave down at larger degree already which will confirm below the channel if it breaks tonight. 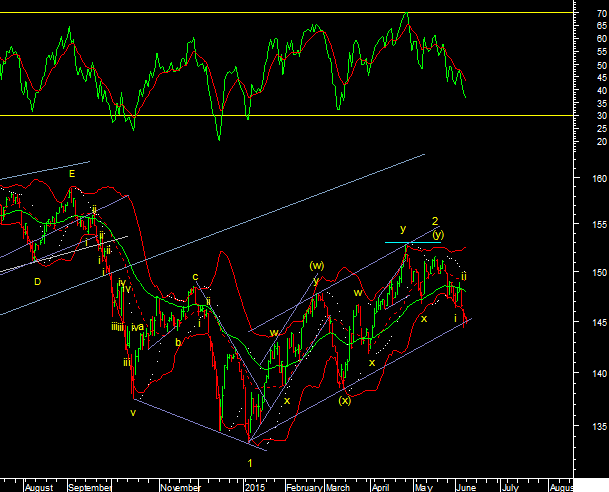