The big picture on the Dow is like this on an arithmetic scale. A larger channel and within that wave C is in a smaller channel. I have been looking for a top every time it reaches the upper end of the channel. In 2013 it formed a wedge like triangle that turned out to be running triangle. I marked it as wave 4 later on. Then the entire 2014 pattern became a wedge and even broke down. The wedge ends something and since it did not end wave C, it mostly ended wave 3 of C. After that we now have a last and final wedge at the upper end of both the channels. Now this better be the last wedge. With monthly indicators already in sell mode due to the sheer loss in momentum all we are waiting for has been price confirmation. Prices are closing below the wedge line and a move below 17579 [wave d low] would be a confirmation that the wedge is complete and not yet forming. That said yesterdays sell off in the Dow appears like a small five wave decline on hourly charts indicating a continuation of the trend down in the near term. The implications of a wedge completing are a move down to test the 16000, lower end of the larger channel to start with. 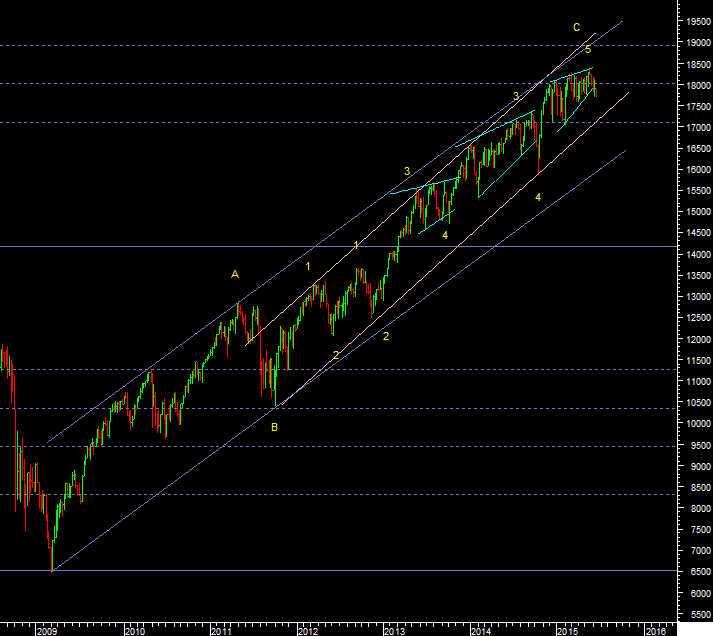