I have been highlighting that most US indices are critically poised near important levels. Especially the 40 month average for the key indices that only break in bear markets. Also since it took time the monthly momentum is already at zero. That said the Dow closed the year 2015 negative for the first time since 2009. So if this move is indeed complete it is reflected in the Dow at least breaking clearly its rising channel from 2009. The rise is A-B-C, and so I have to consider the idea that the recent fall which appears impulsive is wave 1 of a bear market, any bounce would then only be wave 2. We are all watching the US market closely as it is the last man standing in what appears like a battered world stock market. 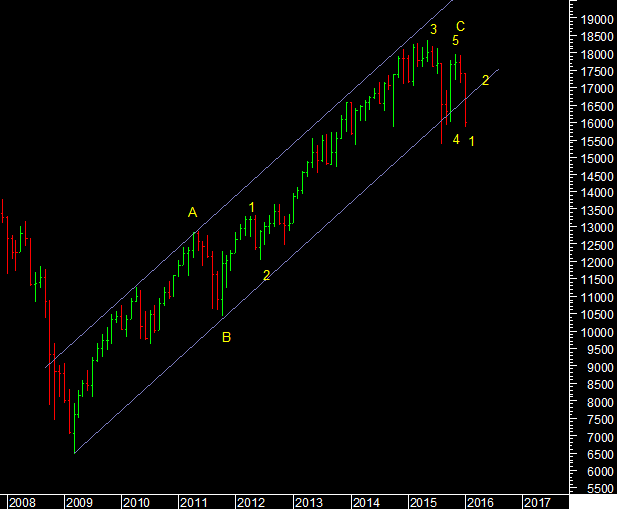