Dow the missing alternate - among the structures I was considering for the Dow was an expanding triangle and if true we have almost reached the upper line near 15720, after which a crash starts. But a look at the bigger picture, the recent August fall was 5 waves down and could be wave C, part of a flat correction. So wave 5 up has just started and the entire rally from 2009 put into parallel lines allows for the Dow to go up and touch the upper line at 16400. As a final leg it can truncate but till it reverses trend we dont know how far it will stretch. That the recent rally starts from the 40wema I would give it some benefit of doubt to get bigger. 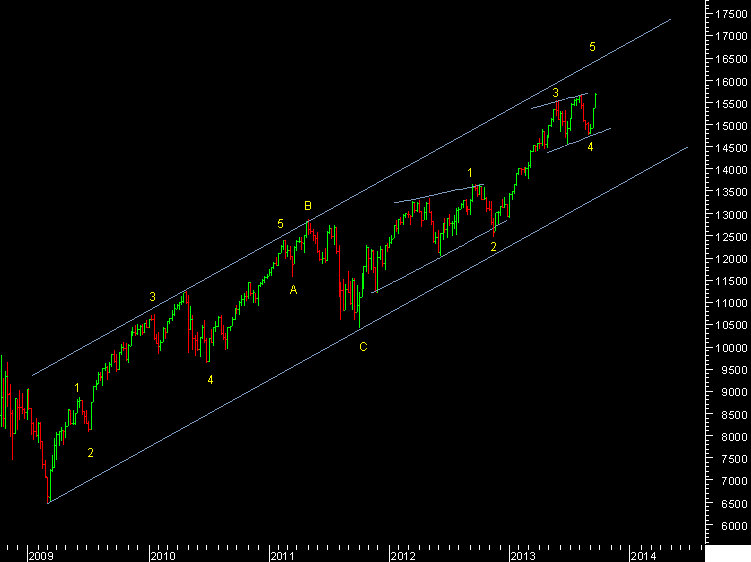