Its been a long drawn ending pattern. I have been anticipating an ending diagonal on the Dow Jones for months. The reason was that the Dow formed a running triangle last year in September and triangles are 4th wave patterns so the 5th wave has to end. However the ending pattern has kept on extending and has had to be redrawn many times and now we are getting very close to the upper trend line of wave E the level being 17335. This is going to be a very important level. 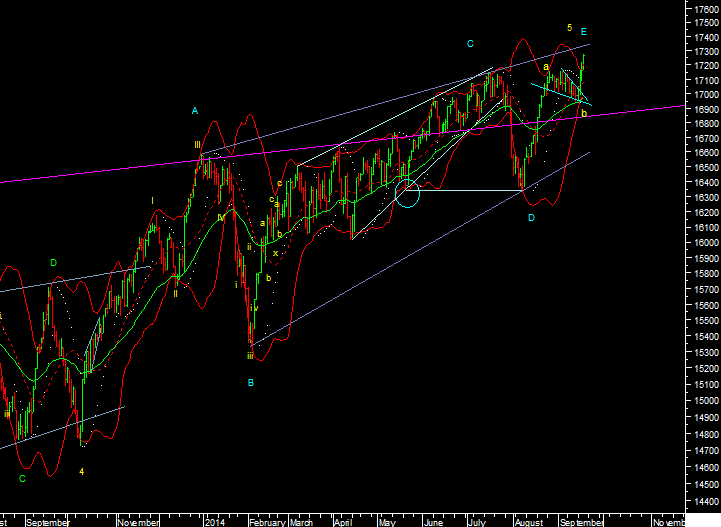