If time was a science then TAs would be like gods, but the gods would be unhappy. So let us be men. The chart below shows the Aussie dollar in 2008 to highlight how what was an expanding triangle and touched the upper line in late 2007, I made a post then that wave E ended but it continued to push on the upper line for many more months before giving up. The pattern was not wrong but to think it is complete the day it touches up was to expect perfection in time and price. 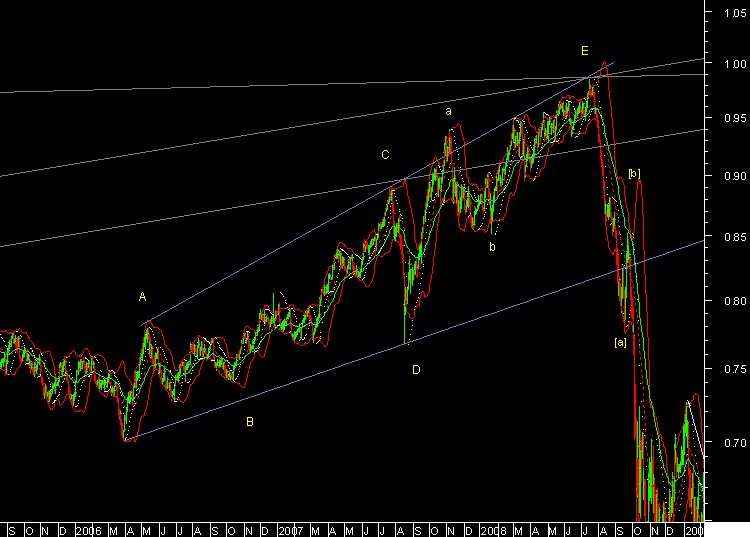 That is what is turning out to be the case with the Dow transports. Way back in April I posted it to be a expanding triangle and in Oct when it completed 3 waves I said it marks a perfect truncated E, but no, The transports wants to not only make a leap of faith at the upper line in an extended complex E wave but in doing so is now coming very close to the yellow line on top which is a multi year trendline of the tops that make it a expanded triangle at long term degree as well. It must complete what it must and take its own time doing so before the trend reverses. Shown in the quarterly chart below. 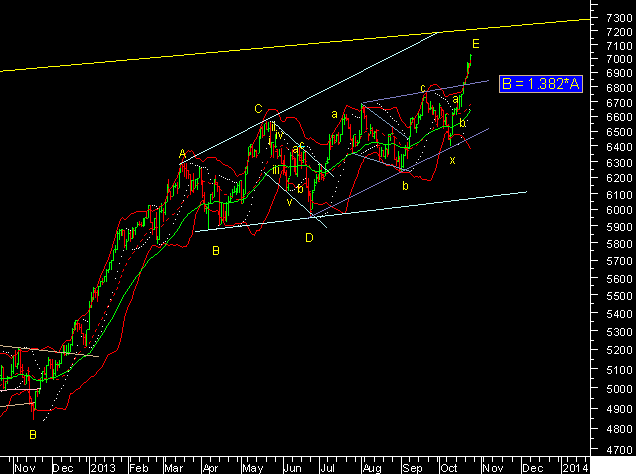 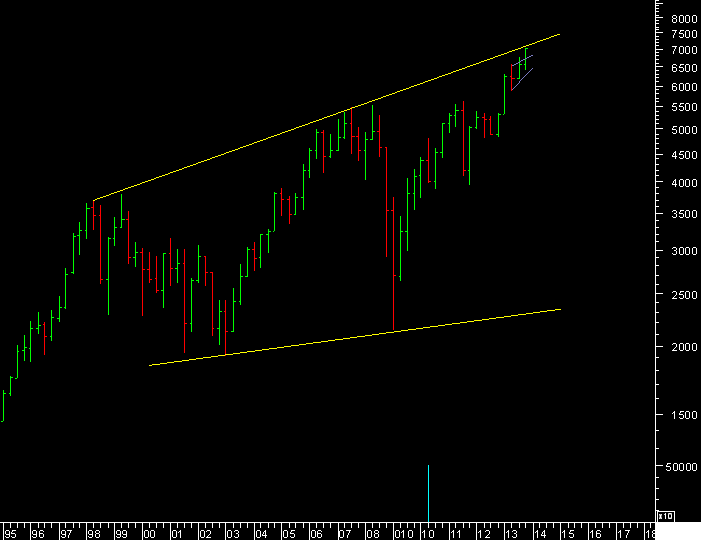