European stocks lead the way. I wrote about Greece and Spain some time back. And the FTSE has not exactly been a winner. France or the CAC however is more important from the Euro point of view as at some point its going to have to face up to the same problems Greece had 3 years ago. Given that a look at the 3 years of recovery what you see is a lethargic chart.

I start with the Monthly chart so you get the big picture. Prices have pushed and pushed to attempt a recovery to the 61.8% mark and upper end of the channel. Rise is marked A-B-C, A larger degree X waves and X waves often end with loss of momentum as is being seen on the smaller time frames. Wave C is contracting between two rising trendlines. 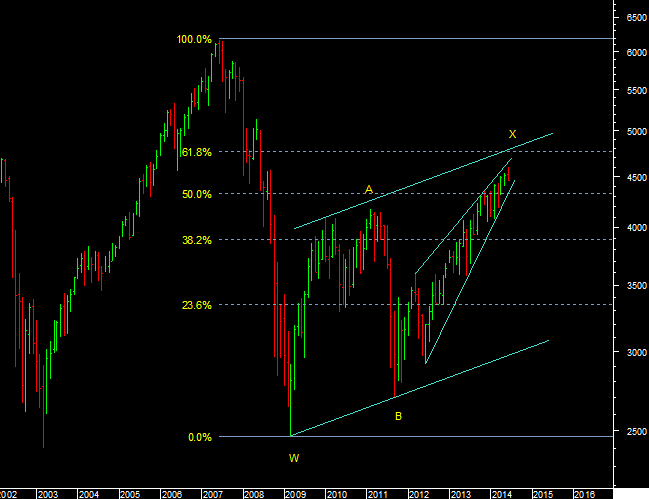 The 3 year chart shows that the contracting rise is like a wedge and all legs are overlapping. Also wave C<E so it meets the needs of a wedge. Also momentum in wave E is lower than C. I have included 2 indicators below. The first is - price momentum, and the second is MACD. The first is diverging throughout the pattern on weekly charts and the second in wave (c) of E. Both will roll over to a sell signal if the CAC stays where it is right now after the last few days of selling. 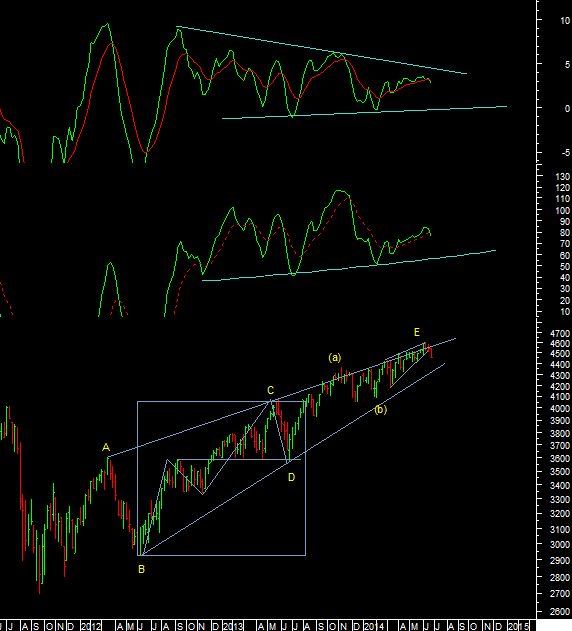 Finally the daily chart below shows wave (c) of E as a 5 wave wedge broken. All the three charts put together for now add up to a potential start of a crash in France that could easily spread across Europe.  This area needs to be watched closely. 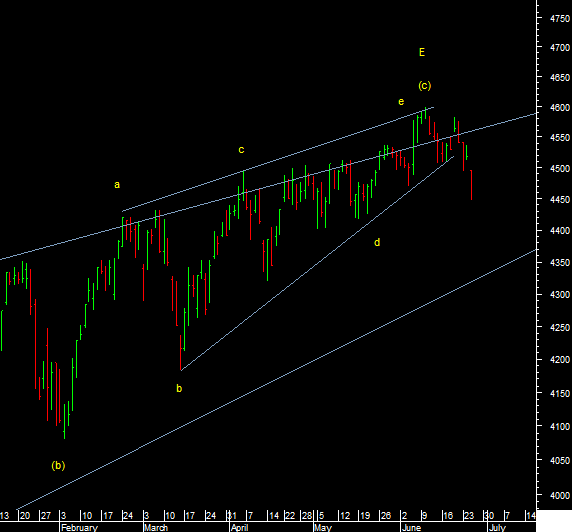 The DAX hourly chart below sports a 5 wave decline as shown, the best that can happen is that a one day bounce back retraces back to the wave iv area before wave 3 plunges to new lows in the days ahead. 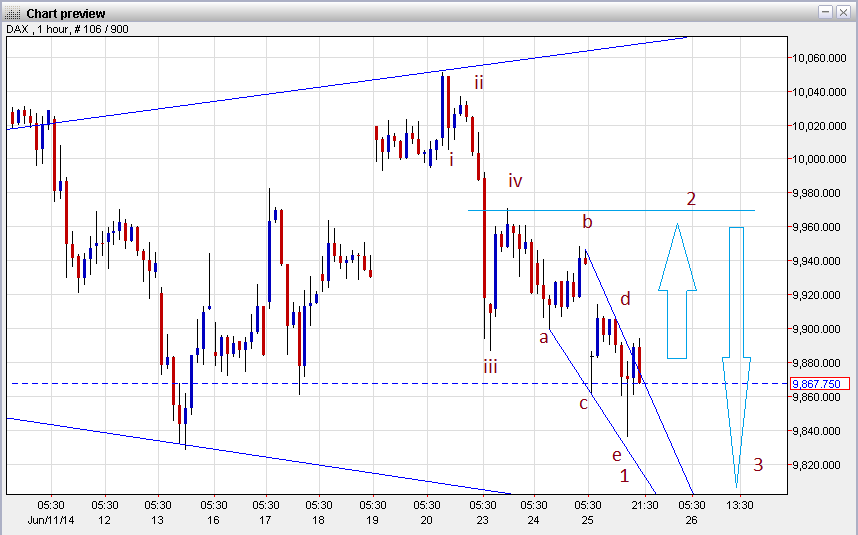 The FTSE is the index that has made the least progress and the only one with its monthly momentum in sell and diverging. 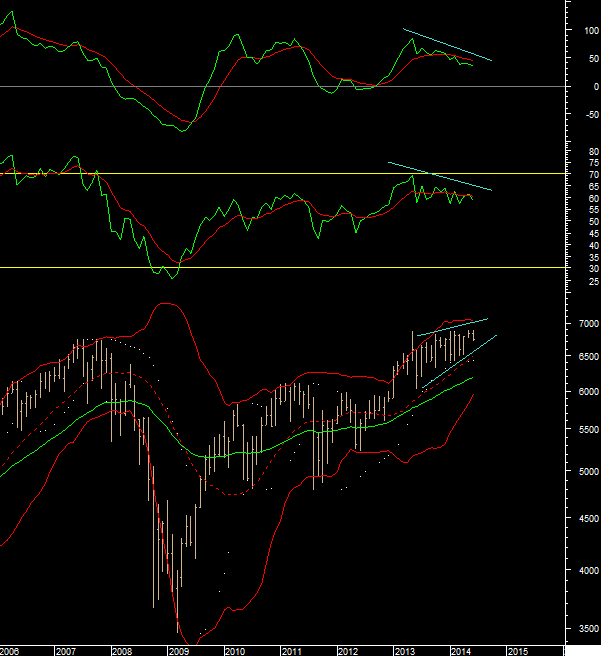 However on the weekly charts we can draw a triangle, and triangles can be wave 4 patterns as well. But its possible that wave 5 has truncated as shown below adn till fresh signs of extention in wave 5 are visible we might have ended a 5 wave advance in wave C at larger degree. 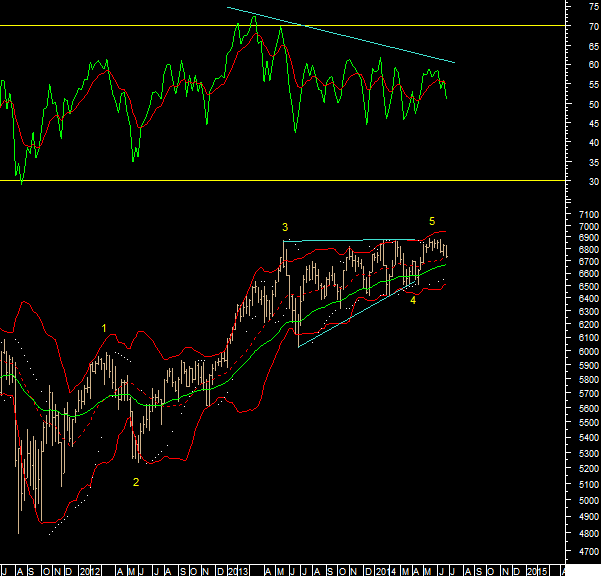