While the world index has been leading the way down with an impulse the European indices after the selling in October have been volatile but holding that low. So here is the next best alternate count. The DJ Euro Stoxx 50, did not retrace 61.8% like some other indices and might make that final move up in wave E of C. Note that in the world index the entire pattern till 2012 is a triangle and so here I have included that price activity into a triangle pattern called a diamond. Earlier I was considering the initial move up in 2012 as W or the first leg up due to which the June high counted as the end of the up move. This change in wave count allows for one more new high in European stocks before we get a meaningful top. 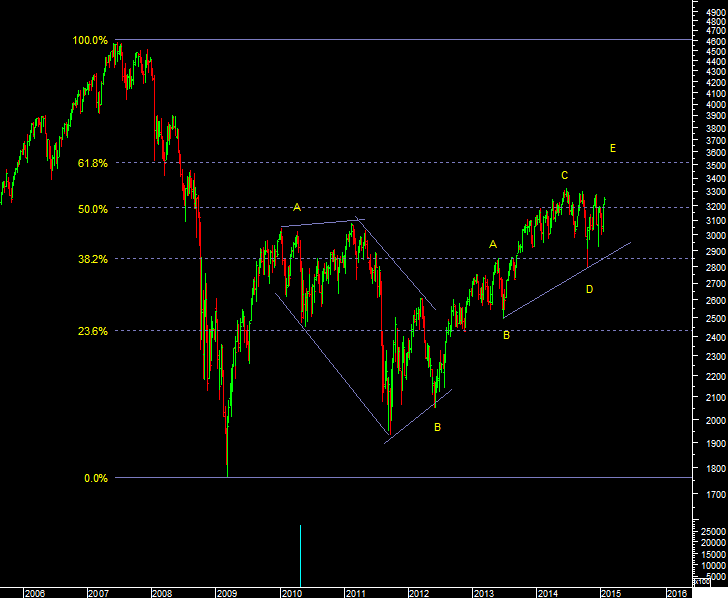