The post Brexit rally broke out of a inverted H&S [blue neckline] for the FTSE index but because the first rally is a 3 wave advance [or so I believed], I have marked the entire rise as A-B-C. We have been at the upper end of the channel for a while despite negative divergences and I have been waiting to get a perfect count. Today I can mark wave C as a perfect 5 waves up with wave v of c showing as an ending diagonal. Also iii<i and so v<iii, so iii is not the shortest [elliott wave rule]. All you need is a move below 6691 to confirm that the wedge is complete and we should start the next wave lower for FTSE. If the A-B-C marking is correct then we go back to the lower channel at 6000. If the bullish H&S is correct than some kind of wave 2 correction should test the blue neckline at 6400 but find support there. But a near term correction should follow a 5 wave advance. 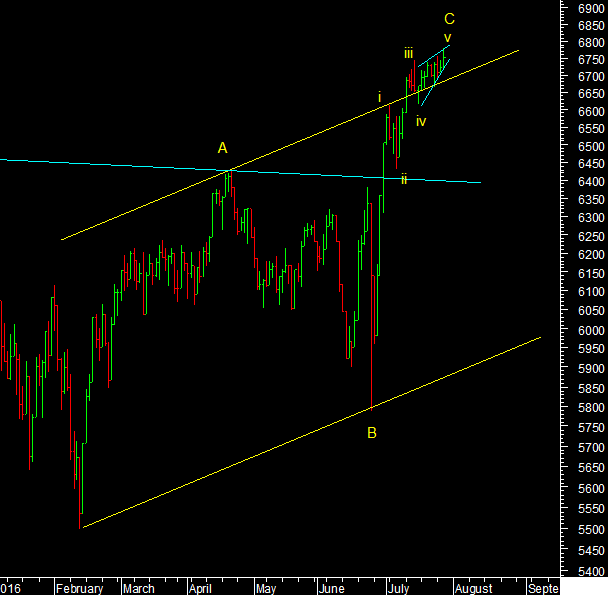