Long time readers will remember reading about the Greek charts months ahead of the disaster that followed on Indiacharts. Oct 2009 to be exact. That resulted in it completing wave C of a large fall in June 2012. At the beginning I was not sure whether C was complete. But now you have an impulse up. Now things might be rosy in the Greek economy but markets are not supposed to follow fundamentals. Its said that when wave 2 occurs the situation is often as bad or worse than at the real bottom. So at a higher bottom in the market the situation is worse off leading to disbelief that markets can go up. You can read about the phchology of waves in the Value wave article on the website.

Back to Greece. It recently made a new high but the rally stopped at exactly 1.382% retracement. This chart is classic for Fibonacci learning right now. So what does it mean. 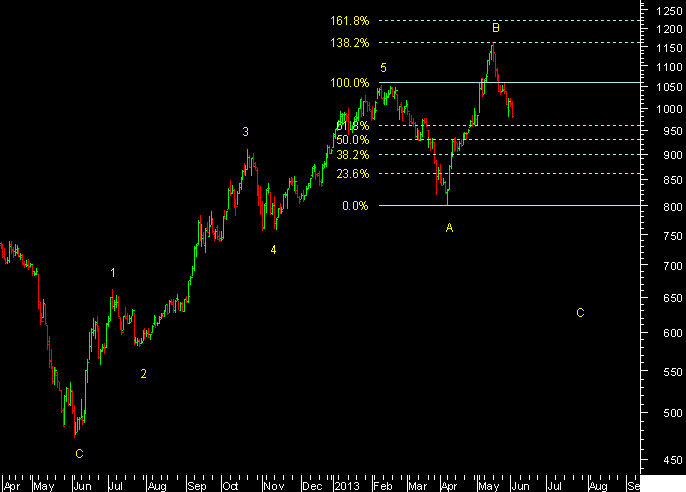 We are forming an expanded flat where the corrective pattern involves wave B that made a new high above the point marked as 5. Wave C travels up to 1.618 times of A in a normal situation. Some times wave C can extend. So the normal target range for wave C shown below is at 766 to 700. 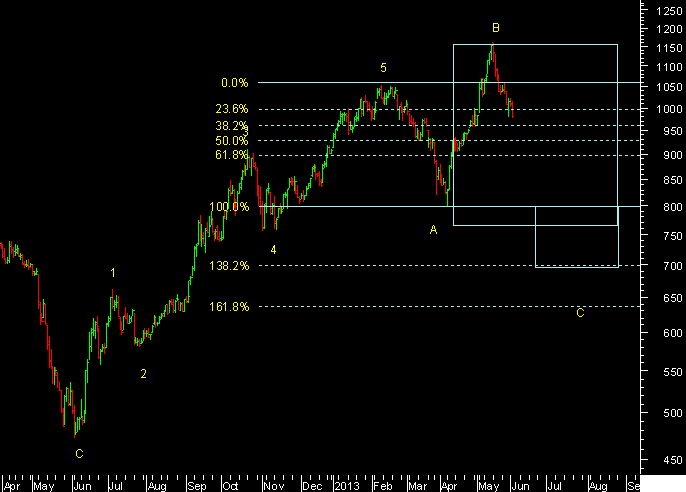