Long time readers would remember that I identified the previous occasions when Greek crisis would develop well ahead of time based on the Greek stock market. However since the last bialout I figured it would remain in a broad trading range maybe like a triangle. But yesterday it broke the 2011 low. This makes me think about this alternate wave count for Greek shares that wave 5 down started. If that is true it would either subdivide into 5 waves and we are in III of 5 or wave 5 will form an ending pattern. We will figure out. But this means that the Greek crisis goes on quietly and we are now in the Endgame for Greece as everything finally falls apart. Another bailout might not work or might not be on the cards. Or the obvious that Austerity continues to kill the economy to the point where there is revolt. This does not look good at all. Socio economic effects appear certain. Social unrest of some kind always follows such a massive decline. The last thing I want to do is go on a Greek holiday. 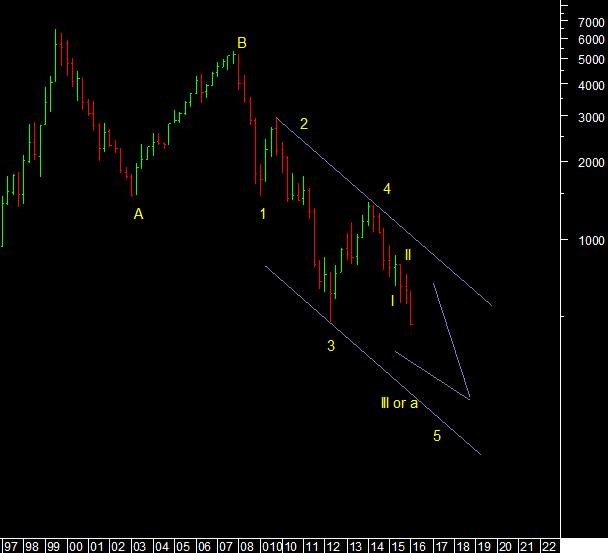