Greece to go out of the News

A week before the final deadline the Greek stock market formed an ending pattern that I showed last week and after going below it a bit prices came back like a spring. So unless anything new happens on the Greek front the stock market formed an ending triangle at the 78.6% retracement ending a wave 2 or B on the chart shown below and should start a substantial wave C up rally. That said it has taken too much Footage in the news which is likely to disappear. 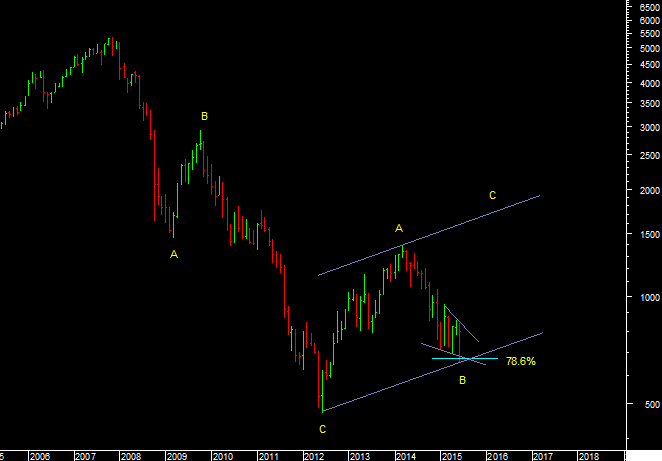