Hang Seng - the Hong Kong index of the market was falling but stopped on completing 3 waves down and broke out of the small falling channel. What this can mean long term is that it joins the EM rally like Brazil and Australia being driven by commodities. Now Hong Kong itself is not a commodity market but it has been rising with Asia which does so with the EM space at times. So on a longer time frame I imagine there is lot of room to rise now till a clear trend reversal can be confirmed. Wave E up to 30000 is an open case. From 2010-2016 HSI has been in a large trading range that would convert into a expanding triangle. 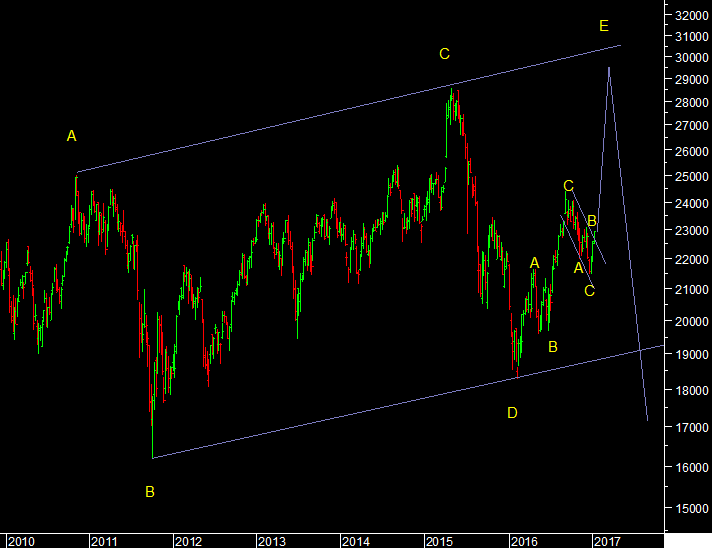