The Hong Kong market has been on fire in the last two days. A few months back I posted this chart expecting wave E up and had no idea how it would form as momentum was weak in world markets. And suddenly in two days we have a throw over. Now you can argue that this is a breakout for a move up. But yesterdays intraday high and sell off for now should mean that we might be done here. A Throw over in wave E is normal. And the esssential requirement is that wave C should not be the shortest so as long as E is smaller than C, this push above the upper trendline could be that last push. Will be watching it for a few days to see if proven true. 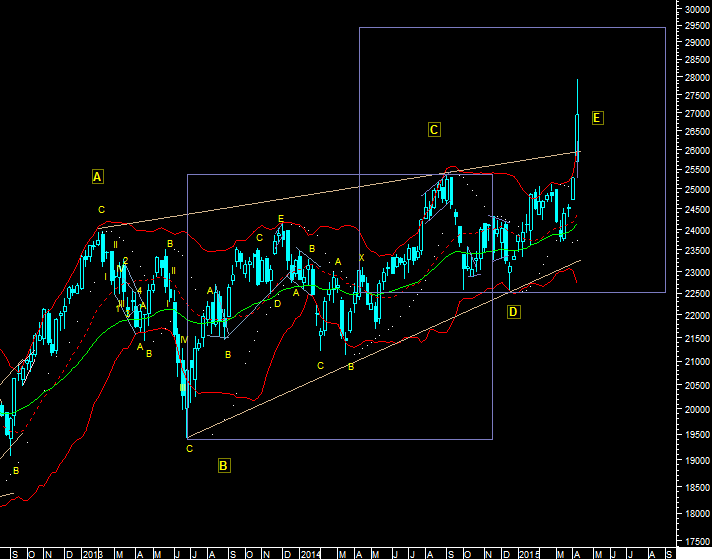