US peaks have often ended with triangles, and specifically expanding patterns. The Nasdaq has sported clear expanding triangles so let me go over them on the Nasdaq 100

2000 - A two month long expanding triangle broke after a days pause at the lower line. The first sell off going far below the lower line before wave B could develop. 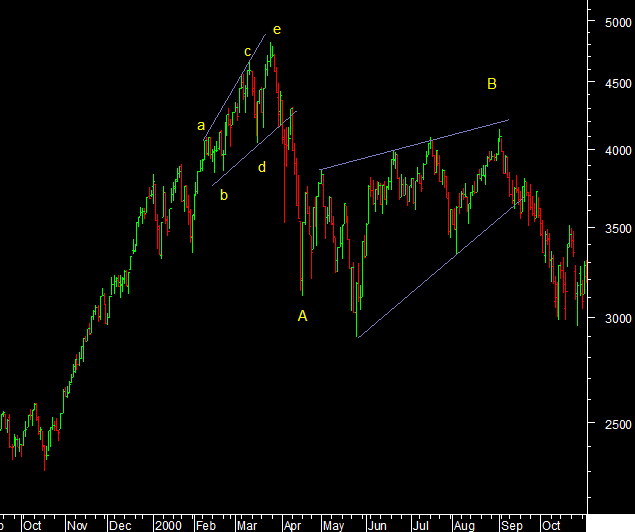 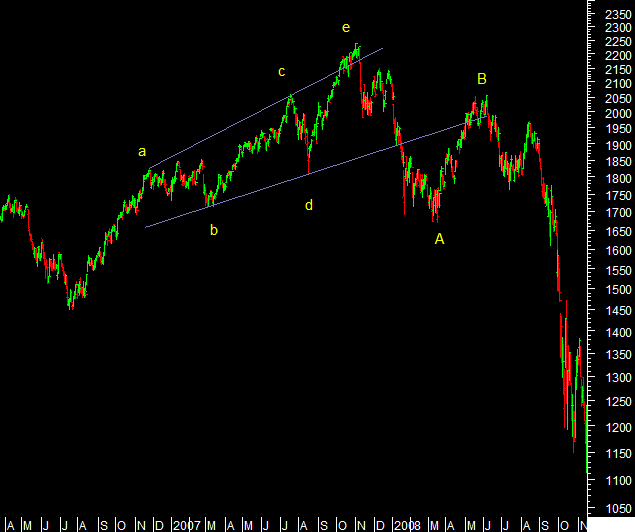 2015 - One and a half year long expanding pattern with the final leg up in wave E carrying lots of inter market divergences where the Nasdaq Composite did not confirm the new record in the Nasdaq 100. But the fall from there is now in its 5th wave and therefore wave A is in the final stages of completing. Wave A in this case has not yet broke the neckline in the 100 but it has in the Composite. However in wave 5 we are getting closer to the end of wave A and start of wave B. The neckline is at 3845. Once wave B forms we will get the best risk reward for the short side. 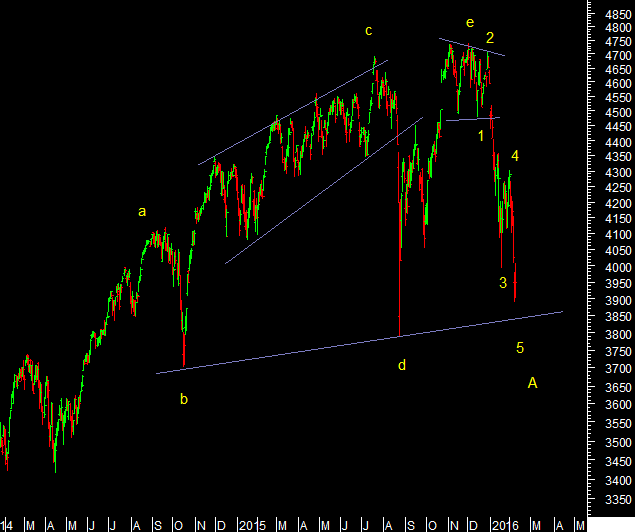