Nasdaq 100 is at new highs but how far can it go. The chart shows a 5 wave advance inside a channel. Wave 4 at the lower end of the channel is followed by a small channel for wave 5. We are in V of 5 now and 5=1 is near 7435. We are getting close. Now you can also argue that the move will go up to the upper end of the channel and we can wait for a trend reversal but the minimum requirement is almost done. 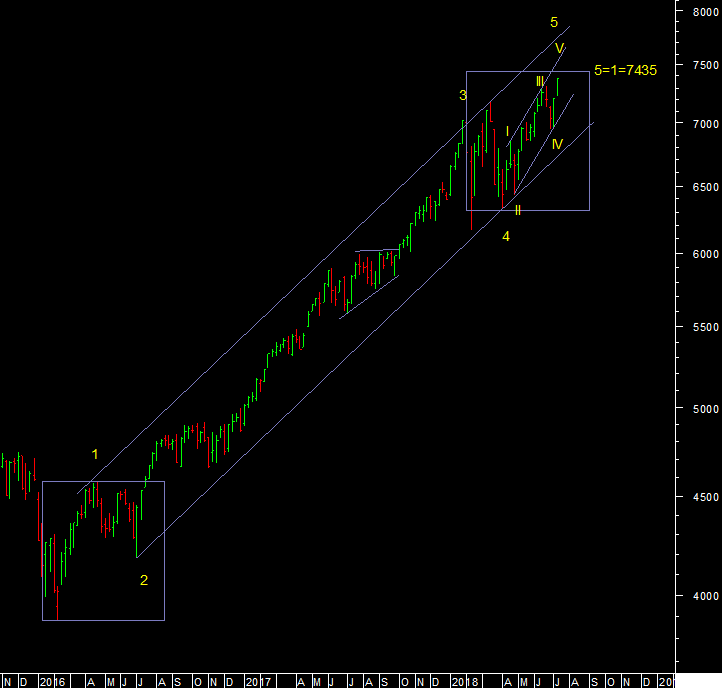 Zooming in to the daily chart we see multiple level possibilities. We are in wave V and minor wave v of V, so it can terminate anytime, but if we go by Fibonacci calculations, III=1.618*I exactly, then V=I goes to 7546 near the upper end of the channel from the April low. All in all we remain in the final stages of this move waiting for the tide to change. The new highs in the Nasdaq remain unconfirmed by the Dow as a major inter market divergence. 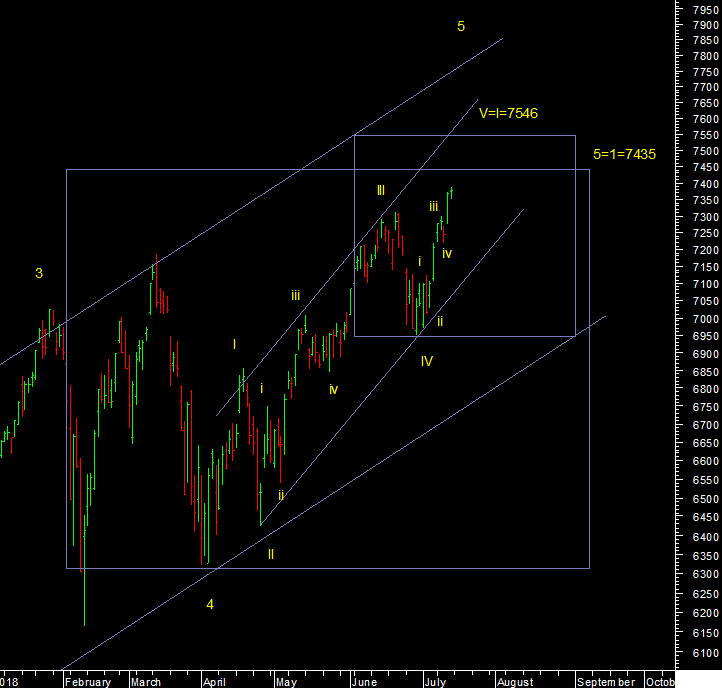