The Nasdaq 100 - is rising in a channel. While wave 5 could have ended into the July high, the period resulted in a consolidation that looks like a running triangle. So the entire rise from the 2016 bottom is in a channel and wave 5 can go to the upper end of the channel, and the rising channel is now kissing the long term channel from the 2009 lows as well, with both converging at 6600. So unless we get an early trend reversal in price indicators that the 5th wave for the Nasdaq 100 topped, it can stretch as far as 6600 in the coming weeks. The Dow rallied earlier and now Nasdaq is playing catch up. 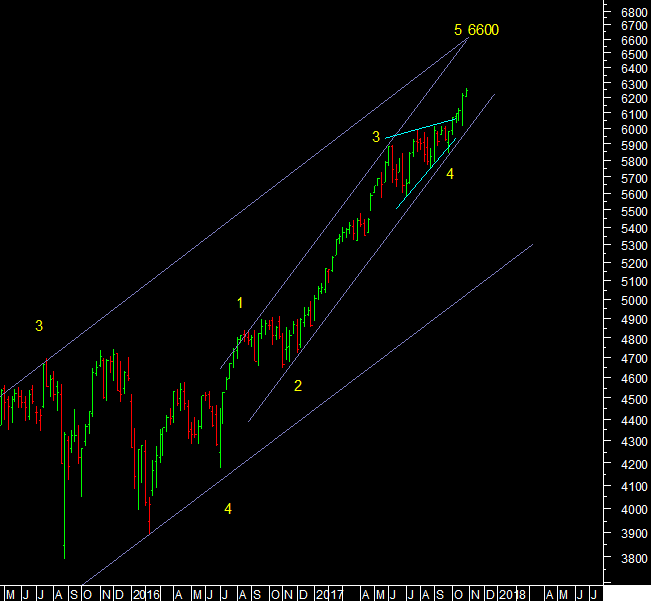