Has the Nasdaq started wave 3 down someone asked this morning? Now it has not broken the recent low of 11108, but once it does then we are looking at extensions. The bounce in wave 2 was too small to say it is wave 2. So extensions mean that a five-wave decline might now have 9 legs inside it. We just keep on marking it till the next sentiment extreme or a positive divergence on the RSI. EWI has done something similar where they mark the fall as iii of 3 already based on hourly charts. Not what I was expecting based on the 2009 mirror. But in 2000 the third wave down [wave C] was a washout. 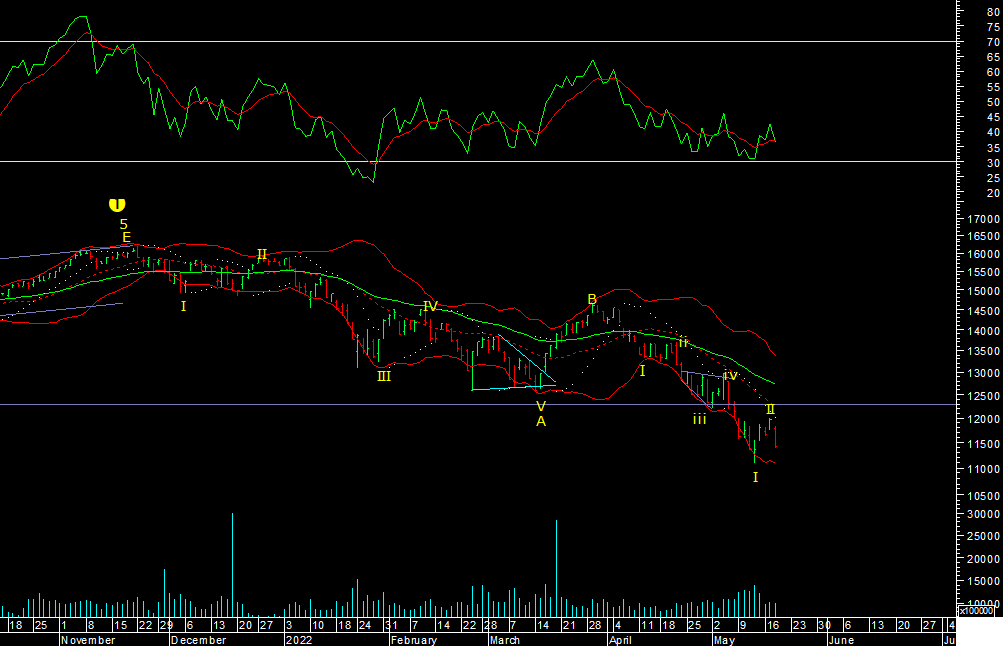