Last week I showed S%P in a triangle and when weekly averages broke it should have been done, but that looks like a false break as the week end nears. The Nasdaq is now the best performing US index and its own triangle is breakout out on the upside. The implications are that it rallies in a 5 waves up to new highs and even as far as the upper channel for the last few years at 5290. 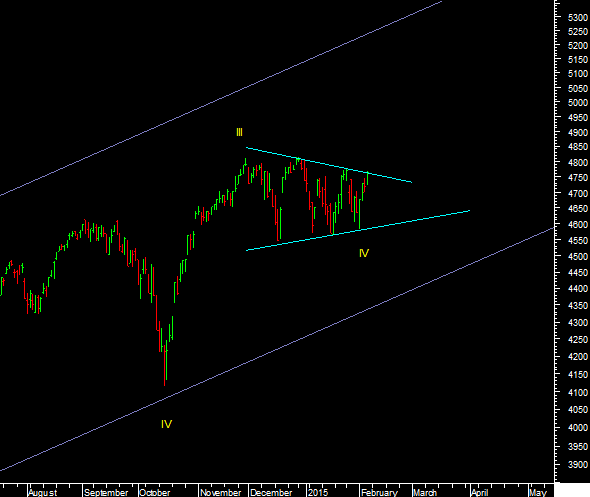 Data of sentiment also shows that in the recent consolidation for the index sentiment reached an extreme, taken from Yahoo finance. 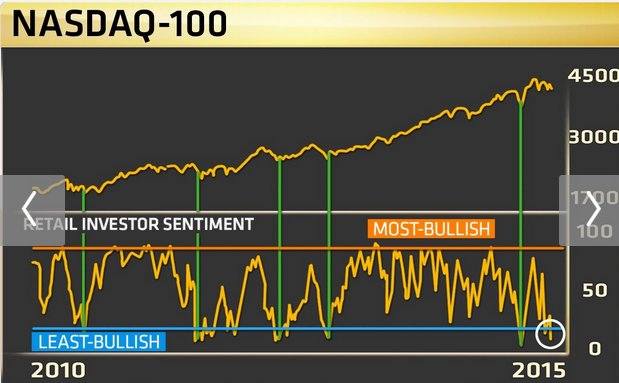