The Nasdaq 100 was the first index to make a new record. In doing so it is now starting what looks like wave V of 5 on the weekly charts. The chart below shows the channels I drew a month back on US stocks and posted here showing that the lower end was not broken in the 2 month sell off and now we have moved up towards the upper end fastest since the 2009 recovery for any rally. In less then two months. Compare this to over two years that wave 3 took to get there. My sense is that this wave could complete in the coming weeks as we get closer to the upper end of the channel. Close watch is needed when the 5th wave ends.

From an EW perspective note that the initial waves 1-2-1-2 are marked as such because they overlapped and the second move up was smaller than the first so it cannot be wave 3 [wave 3 is never the shortest], The fast moves in wave 4 and 5 highlight the increased volatility getting built into the market for the future. 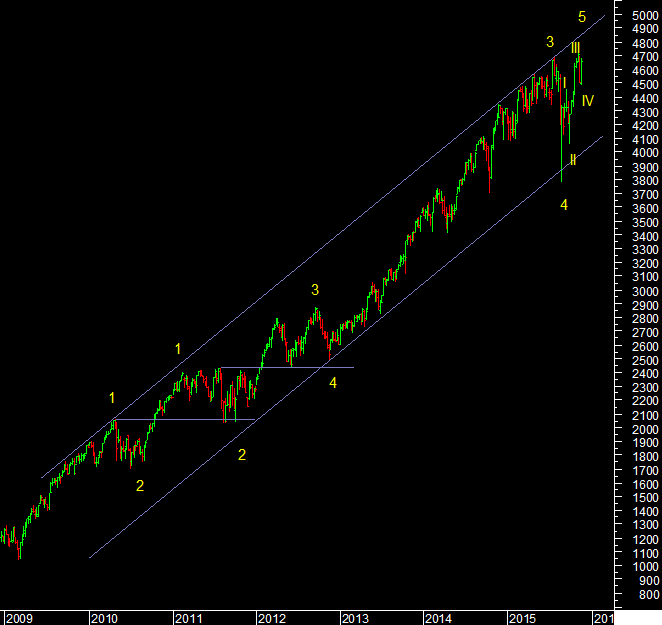