The Nikkei index has formed an island reversal pattern with yesterday's gap-up opening which a very reliable bullish reversal bar pattern. Also, Elliott Wave counts suggest that the Nikkei index has completed its complex correction in Wave 4. With the completion of Wave Z, it appears that Nikkei has possibly started its next leg of up move. Right now, the Nikkei is trading around its key resistance level of 40DEMA, which is pegged at 28745. On closing above the 40DEMA, the next and the final hurdle level will be at 29230 i.e. upper end of the channel. The momentum will pick up once it breaks out from the channel and the up move can initially stretch higher towards the high of Wave 3 of 30714. On the way down, the gap area 28000 - 28405 will be a crucial support zone to watch out for. Wave 5 should eventually carry to all time highs 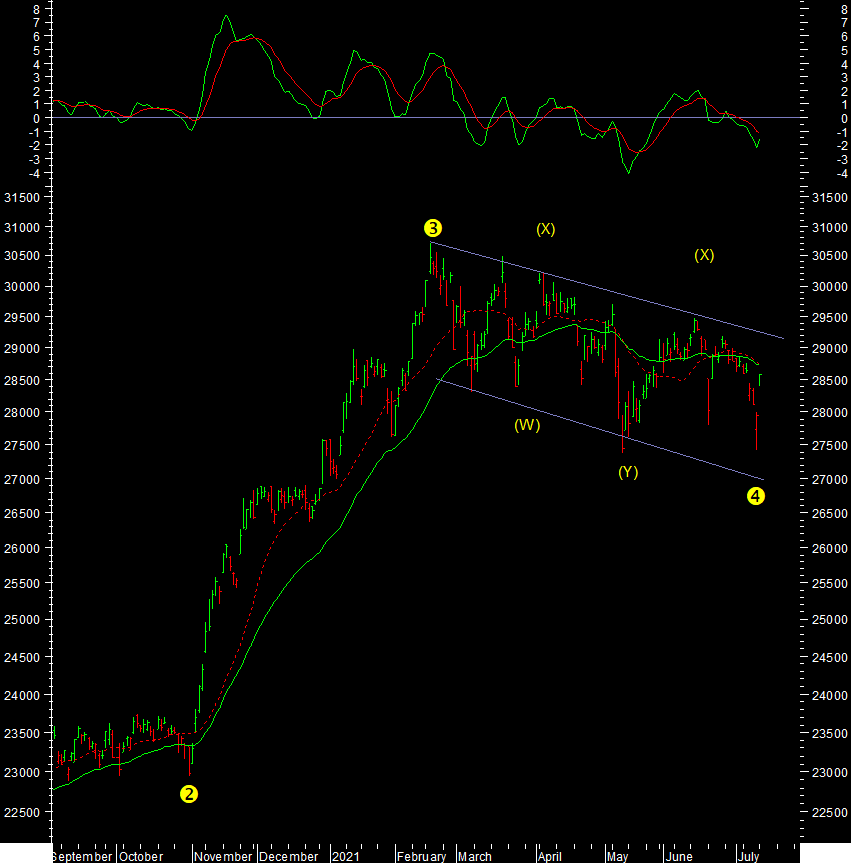