The Japanese stock market index long term is probably starting something new. Wave 3 is a possibility after an A-B-C crorection over the last few years. The bear market may have ended in wave Z in 2009. Japan will then be the rare case in world markets that made it through walking the middle path. 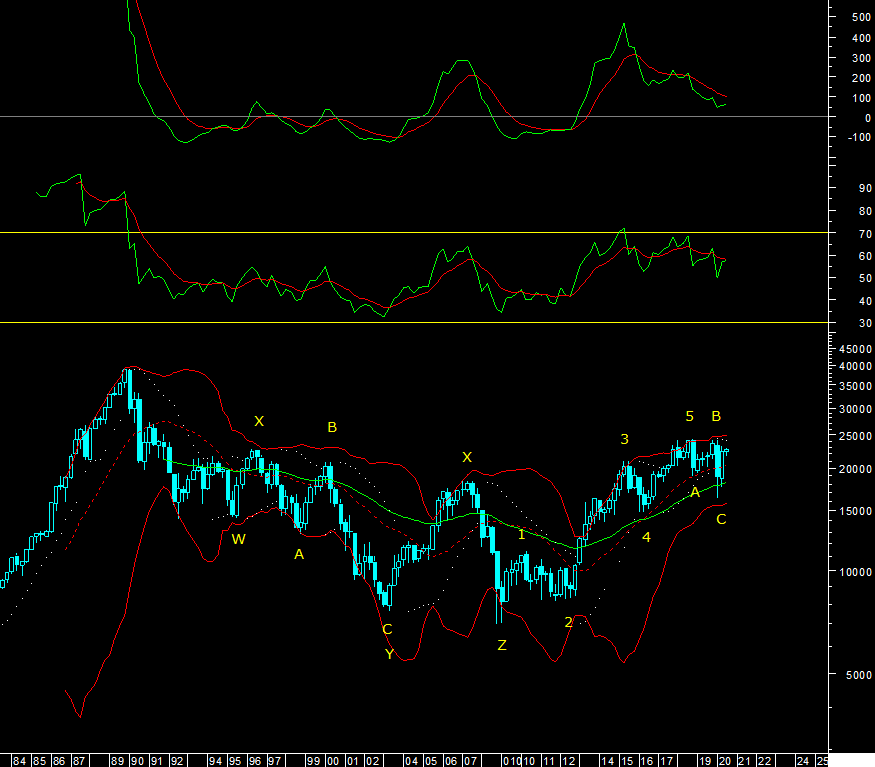 In the near term this was the one market not donig much while the rest of the world was making advances. The 2 month consolidatoin maybe ending as prices again attempt to move up and closed above the 20dma and the daily momentum crossed over to the buy side. Wave 3 of 3 is what I would think of the next move because the recent rally marked as wave 1 of 3 was shorter than the first one from the march low [which was a leading diagonal]