About time to change the wave count for Japan as it broke the August low. Now wave 5 is considered to have ended at the Sept top and is a double top. The 5th wave went only marginally above wave 3 high. Now people will ask me, why not Nifty? Why can't wave 5 have truncated at 18350? Because sometimes we can be ahead of the curve and sometimes we will adjust in hindsight. Japan is in wave 2 down in ABC and wave v of C down on daily charts is already in formation. After today's decline, the daily RSI may drop to 28. So we will get oversold and more oversold and wave C might soon end. This is long term wave 2 circle and once wave C ends a new bull phase in Japan is due to start. Wave 3 circle. 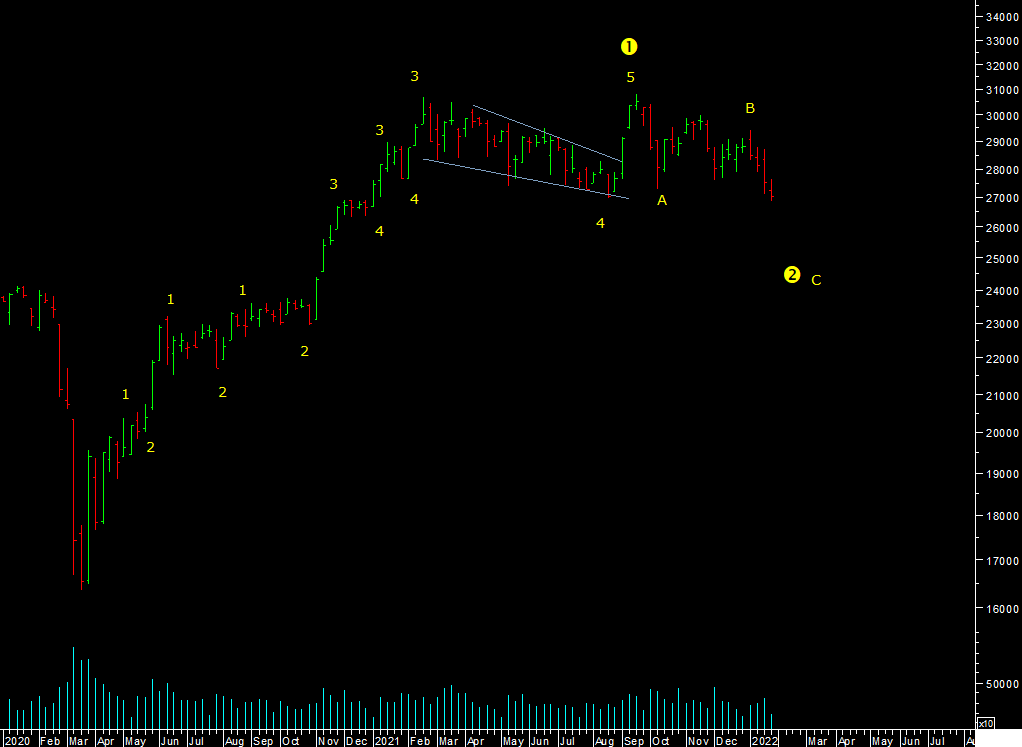