The NYSE composite false breakout done. The failure would be further confirmed into a downtrend when it breaks the previous swing low of 12486. Till then odds are open for one more move higher. Now the main concern I have with the recent fall is that it is news based and that has often ended in a trap for bears. Else the damage has been done to sentiment, and yes sentiment was excessively bullish at the highs anyway. So the trend is now in process of reversing from up to down. 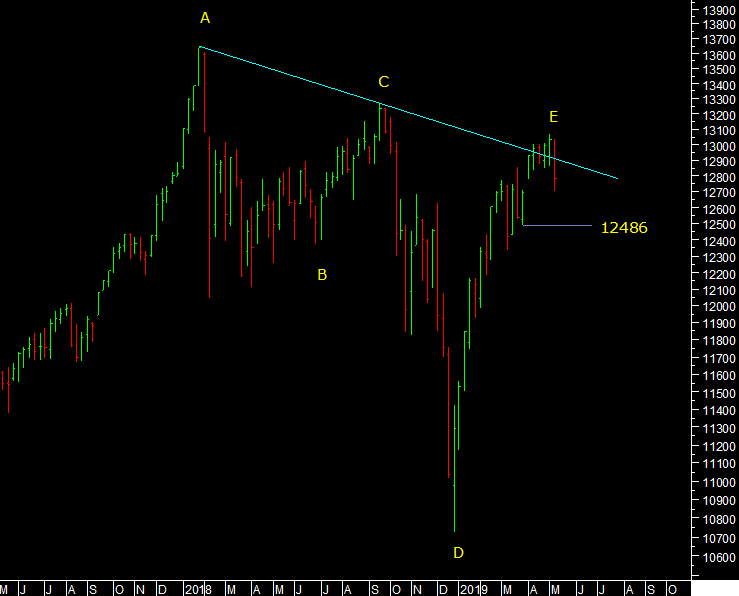