The NYSE Composite is a broad based index and since the broad market is going the other way like it is in India, this index is still below the high made 2 days ago. Also like in 2015-2016, the Composite index shows a clear pattern. Back then I identified the ending diagonal shown in blue and published it, it was followed by a year of selling in stocks that was more prominent in EMs due to the dollar rally. Now the index shows a clear triangle formation from the FEB low typically seen in wave B, We are close to the upper end, failure to go higher means wave e of B completed and the next move down would be a major decline in wave C. Anytime now 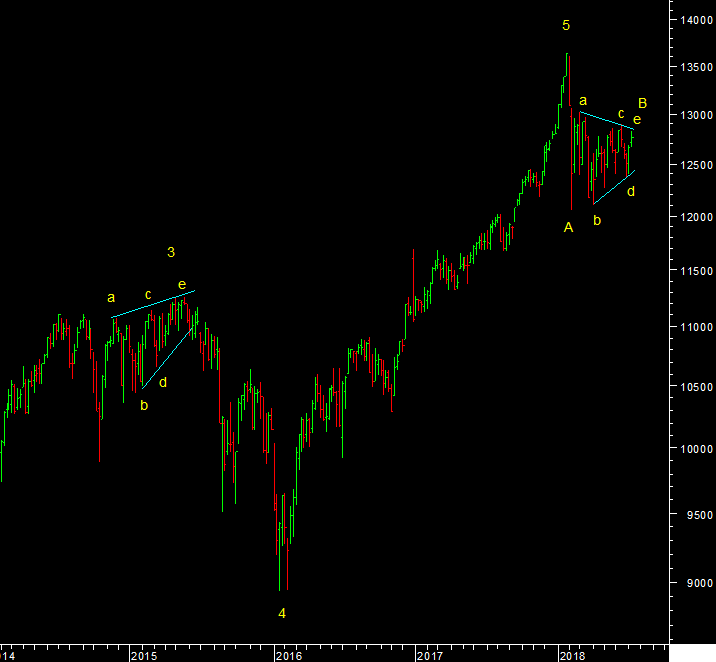