If everyone was to join the equity bear market then Russia also did. But after many previous calls for a top it did not happen earlier. The entire rally was corrective in nature without doubt but I did not draw this chart the market did. And if prices wanted to rise to the top trendline of the highs before giving up, that is exactly what they did. The only debate now is whether this is a bullish triangle. A long way down to the lower line to decide that, till then it is part of the global sell off now. 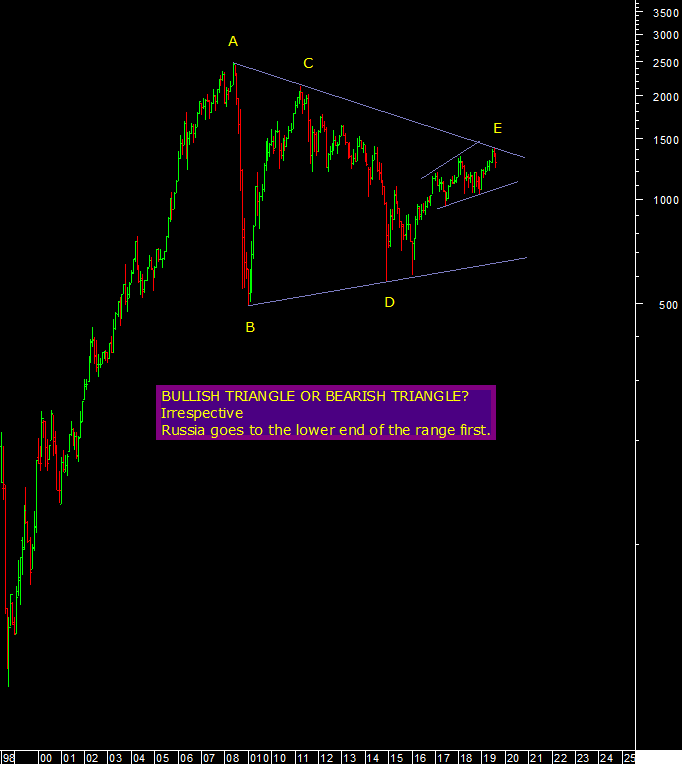 Why do I say that? Because now we can see a clear 5 wave decline from the recent top on daily charts. Wave 1 done a wave 2 bounce ? Most markets are doing it now except India. 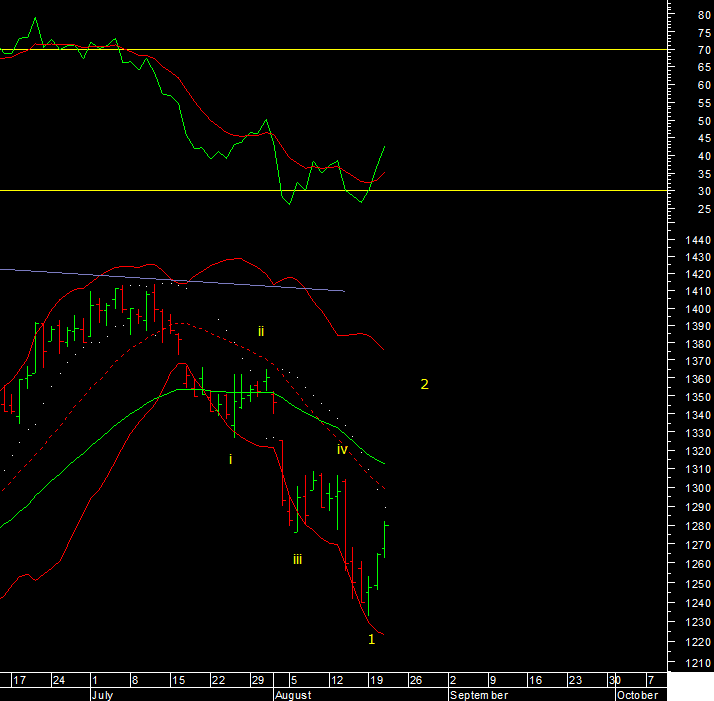