The top in the S&P appears firmly in place as the first 5 wave decline shows up. I am sharing two charts. First one from 2009 on an arithmetic scale. Bear rallies can often fit arithmetic better then log. Here an A-B-C rise completed since 2009 near the 2013 highs. 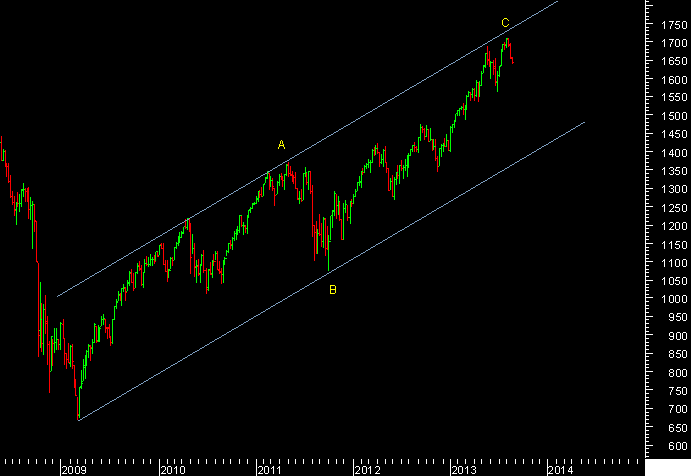 The second chart shows that the S&P made its first 5 wave decline from the August high. The vth wave is still forming and some more downside may exist but its formation confirms a downtrend has started. Once complete you will get the first retracement bounce in the US before an even bigger sell off follows. 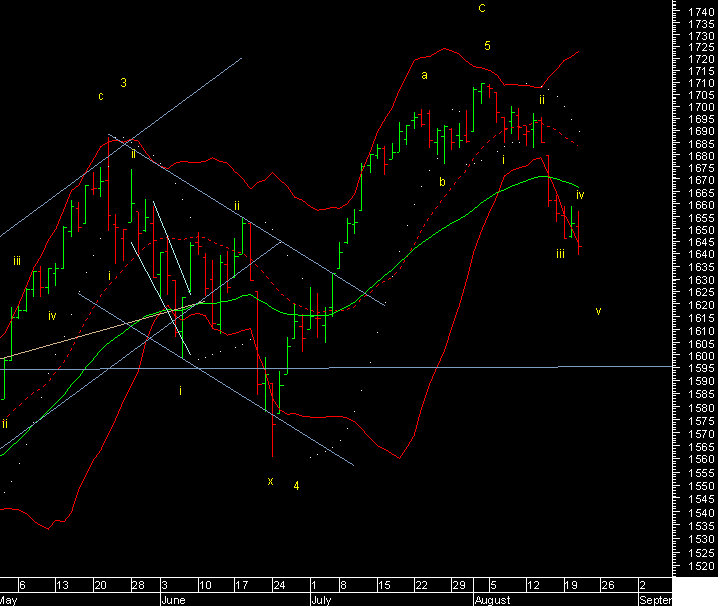