The S&P 500 has rallied in five waves from the December low. The move so far smaller than wave I that developed from the October low to the November I. Therefore a first conclusion is that wave III is not over. Either 1/3 wave continues to extend beyond five waves into 9 [5+4] or 13 (5+4+4) waves till we get there. Alternately the third wave may subdivide into a smaller I-II-III-IV-V. For such a subdivision prices need to pull back in the short-term before heading higher. We cannot say that will happen with certainty but need to be aware of it when it does. The RSI at 75 is at the lower low than its earlier reading of 78 at this point. This can result in a negative divergence if prices closed down. The short-term correction may not change the larger upward trend. 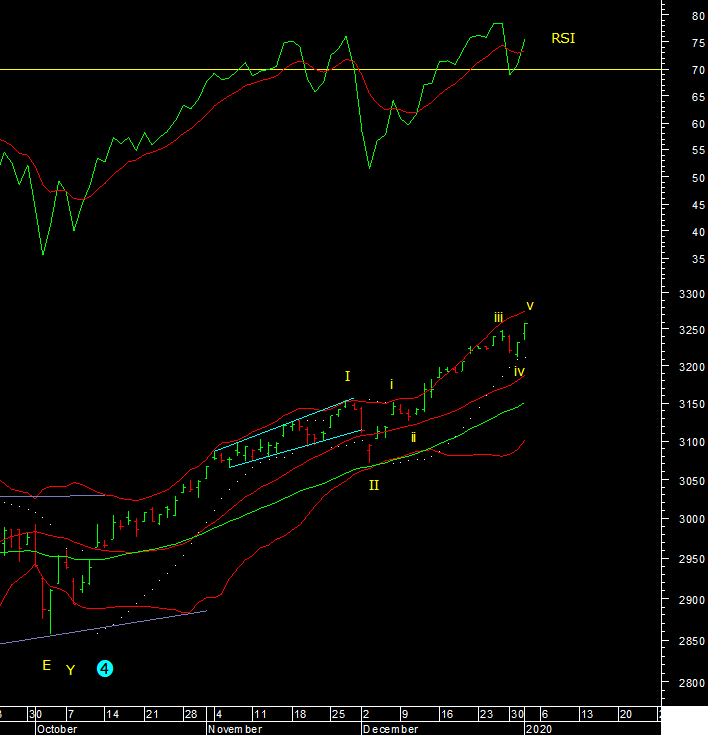