While on the one hand extreme bullish sentiment for the S&P and Nasdaq was calling for this move to end the move was extending without pause. Even as daily momentum and prices were diverging in the last few days/ That said a fall driven by news or events can be misleading, especially when it has to do with Trump trade news, that has changed on a dime over and over again. His every statement leads to market reactions, and tomorrow he may say that he is having another meeting with China. So the big picture expanding pattern remains true as a distribution set up, but more than this news the really bad one will be that talks actually end with a stalemate. In the mean time this does kick off higher market volatility. The wave counts below are in continuation of my earlier counts that the triangle is wave 4, then what follows after wave 5 is an expanded flat. The expanding structure can also be an expanding triangle though. 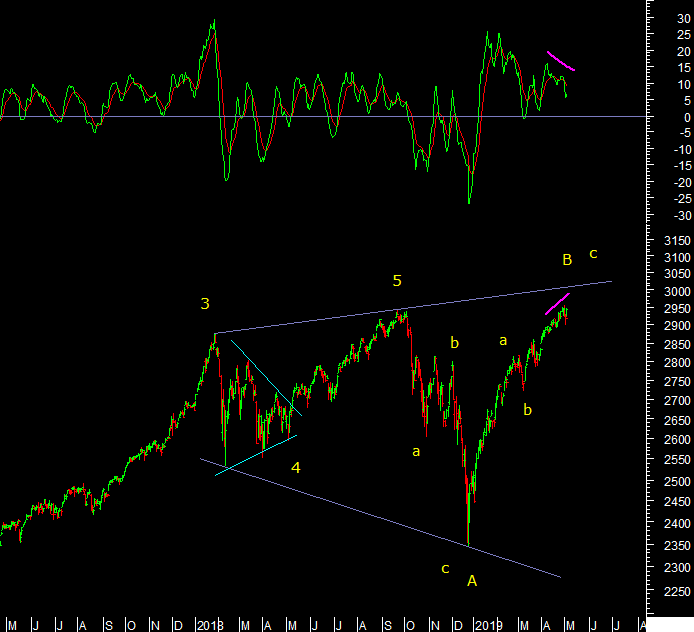